For the Perk-a-Cola with a similar name, see Sharpshooter Cola.

For the Gun Perk with the same name, see Sharpshooter (gun perk).

"Players cycle through a random rotation of weapons every 45 seconds, every player using the same weapon at each change. Perks are earned for consecutive kills, eventually leading to a score multiplier. When you die, you lose these bonuses. There's a bonus round at the end of the match, where kills are worth twice the number of points. The winning player is the one with the highest score at the end of the match. Success in Sharpshooter depends on how fast you can adapt to each weapon change and kill players consecutively. "
— Call of Duty ELITE Description. 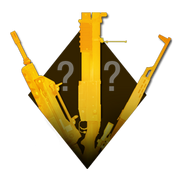 Sharpshooter is a Wager Match game mode in Call of Duty: Black Ops, as well as a Party game mode as Call of Duty: Black Ops II. Like all other wager match game modes, Sharpshooter consists of six players competing in free-for-all gameplay. In Sharpshooter all players start off with the same randomly selected weapon. Gameplay progresses for 45 seconds with players trying to rack up as many kills as possible with the randomly selected starting weapon. With each of their first four consecutive kills the player earns a perk, as described below (See Bonuses section).

Any weapon can be selected during the game, including the Grim Reaper, Death Machine or War Machine, which in normal game modes are usually obtained through the use of Care Packages. Valkyrie Rockets, however, despite being obtained by the same means as the aforementioned weapons in regular gameplay, are not in the weapon rotation in Sharpshooter.

There is no score limit, but gameplay ends after 5 minutes and 15 seconds, allowing for seven weapon rotations. The last round of the game is the "Sharpshooter Round," meaning that all players get twice as many points per kill, which can lead to players quickly catching up and bringing many games down to the wire. A player who has earned the 2x score multiplier perk (earned after attaining four consecutive kills in a single life) will earn 400 points per kill during the Sharpshooter round until killed, at which time the player will begin earning 200 points per kill upon respawn.

This is to try and motivate players to get kills with weapons that they may be particularly unfamiliar with, such as the special weapons, pistols, or launchers, which see more limited multiplayer use in the Player match playlists.

In Call of Duty: Black Ops, the killstreaks are:

Killstreak bonuses are lost upon death. However, if someone gets an afterlife kill, they will spawn with the Sleight of Hand.

In Call of Duty: Black Ops II, the killstreaks are:

Sharpshooter in the mode select screen.
Add a photo to this gallery 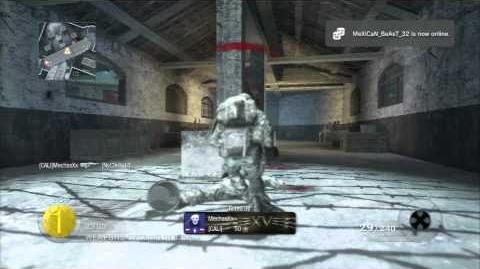 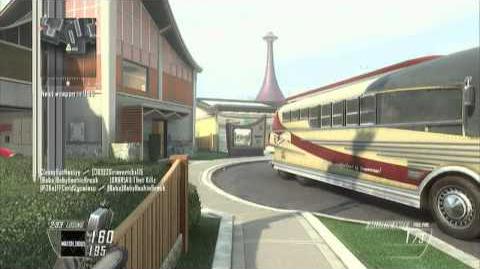 Black Ops 2 - Sharpshooter on Nuketown 2025 - (BO2 multiplayer gameplay - no commentary)
Gameplay in Call of Duty: Black Ops II.
Add a photo to this gallery
Retrieved from "https://callofduty.fandom.com/wiki/Sharpshooter?oldid=2487643"
Community content is available under CC-BY-SA unless otherwise noted.