Shipment is the smallest map in the Call of Duty series. Because of its small size, it's mostly used for small and quick games such as Free-for-All.

Because of its extremely compact setting, the spawn points are very vulnerable to spawn killing. Close range weapons are naturally a good fit for this map, and high capacity weapons, such as the light machine guns and the P90, can be useful to have, due to how easy it can be for the player to be spotted whilst reloading. Light Machine Guns and Sniper Rifles can easily shoot through the containers, which can aid in spawn killing other players. Explosive weapons are highly recommended for trafficked areas on the map, mainly around the north and south ends of the map, and the containers which can be walked through from either side.

Shipment appears in Old School Mode as a supported map. It features a total of 5 sprites.

Shipment is also available as a Gunfight map.

The Vanguard iteration of the map has made almost all of the containers wooden, making it very easy to simply wallbang enemy spawns. The four main entrypoints into the center now have tunnels leading into it, and on opposite sides from each other are some extra crates on top of each other that can be traveled through, and are destructible.

Bird's Eye view of the map.

In game Screenshot #1 Outside of map

In game Screenshot #2 Outside of map 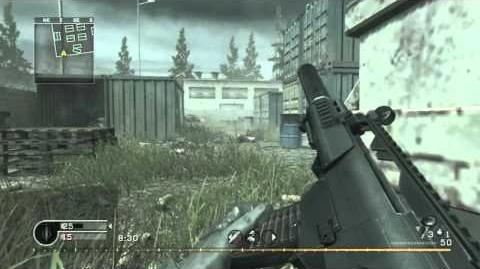 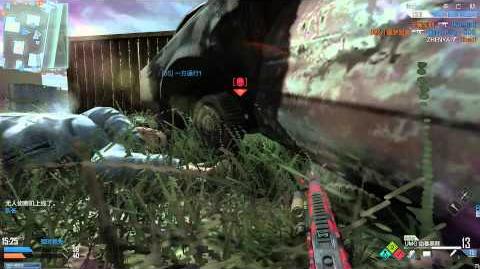