For the original, see Shipment.

Showtime is a small map in the Nemesis DLC for Call of Duty: Ghosts. It is a re-imagining of Shipment from Call of Duty 4: Modern Warfare.

Showtime takes place in a futuristic arena. The map is almost completely close-quarters, but is larger than the original Shipment. No areas of the map mid-range, however, the window of a building on one side of the map can serve as a good (and the only) sniping spot on the map. Submachine guns and shotguns are statistically the best choices because of this, but sniper rifles and marksman rifles can be used too if the player uses the sniping spot to its full potential.

Go west across the B Dom Flag towards the west wall where the stage with the pyrotechnics going off is at; climb up the two black boxes, sprint jump over onto the shack with the red-orange 1 2 3 signs, look in the room with the broken windows and the Egg is inside.

Not all pointstreaks are friendly

The poster found on Showtime 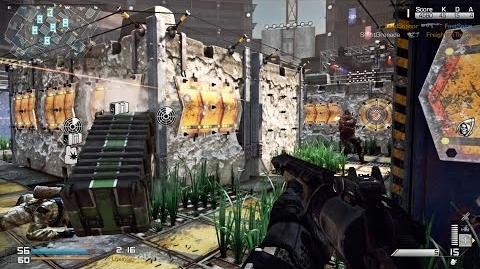 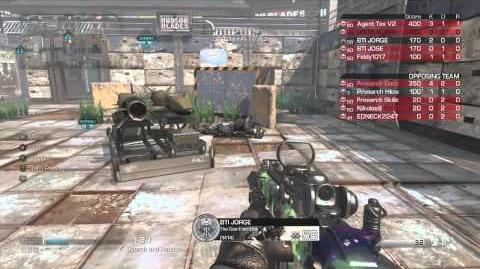