For other uses, see Siege.

Siege is a large multiplayer map in Call of Duty: Ghosts. It is an abandoned mining complex on the coast of the Gulf of Mexico.

The map is mostly close-medium range, with the only real sniping positions being from windows in buildings and a hole in the wall of a building. Therefore submachine guns and assault rifles are the best choices for this map, statistically, as well as shotguns. 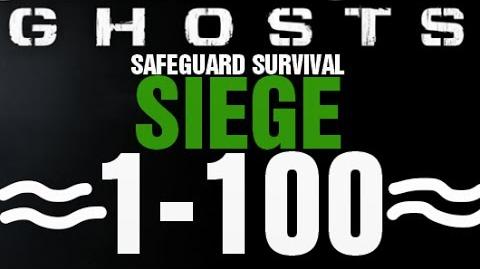