Ghost
The Ghost of Verdansk

First mentioned at the end of the campaign, Ghost is one of the few names up for consideration by John Price for the newly assembled Task Force 141. Ghost is set to appear as an upcoming playable Coalition Operator with the release of Season Two starting February 11th, 2020.[1] 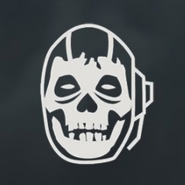 "Ghost" McFarlane Action Figurine.
Add a photo to this gallery

Retrieved from "https://callofduty.fandom.com/wiki/Simon_%22Ghost%22_Riley_(2019)?oldid=2494854"
Community content is available under CC-BY-SA unless otherwise noted.