Slingshots are used in "Vorkuta" in the Call of Duty: Black Ops campaign to launch improvised incendiary devices at guard emplacements.

They function similarly to a Grenade Launcher and use the same aiming reticle. If only three shots are used to destroy the three towers, a trophy/achievement will be unlocked called "Slingshot Kid."

) - Destroy all slingshot targets in 3 attempts.

A Molotov Cocktail fired from the Slingshot. 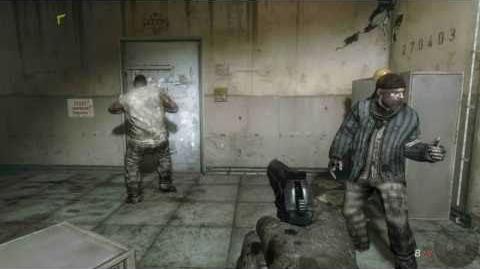 The slingshot in "Vorkuta" and the "Slingshot Kid" achievement.
Community content is available under CC-BY-SA unless otherwise noted.
Advertisement