"The Soul Key is your one-way ticket out of Spaceland. But know this, this was only the first stop on Willard Wyler's film festival of horrors."
— David Hasselhoff

The Soul Key is an object featured in the Call of Duty: Infinite Warfare zombies map Zombies in Spaceland, Rave in the Redwoods, Shaolin Shuffle, Attack of the Radioactive Thing, and The Beast From Beyond. It is the player's objective throughout each map to obtain the scattered pieces of the Soul Key within each map.

The Soul Key acts as the key in opening the Soul Jar, an ancient jar which contains the souls of those trapped within Willard Wyler's movies.

At some point before the events of Zombies in Spaceland, the Soul Key was broken into several pieces and scattered throughout several of Wyler's movies in order to ensure the souls trapped within the Soul Jar would never be freed.

When A.J., Andre, Poindexter and Sally are sucked into Wyler's Zombies in Spaceland movie, they manage to destroy a UFO found in the movie, which dropped one of the pieces of the Soul Key. After picking it up, they are teleported to another one of Wyler's films, Rave in the Redwoods.

Inside Rave in the Redwoods, the four actors manage to find Kevin Smith, who had lost some of his memories of his time in the film. After the four help him recover his memories, he is turned into a Giant Slasher during a boat ride to Turtle Island after he realizes he supposedly killed his friend Jason Mewes. The four are then forced to kill the Giant Slasher, who drops another piece of the Soul Key. After picking up, they are again teleported to another one of Wyler's films.

In Shaolin Shuffle, a business man known as Arthur McIntosh becomes a convict and is forced to live in the sewers beneath the city of New York. After drinking a strange green goo, he becomes surrounded by rats, turning into the Rat King. At some point, the Rat King obtains a piece of the Soul Key. Eventually, the four actors, along with Pam Grier, manage to confront the Rat King in his lair in the sewers and defeat him, with Pam giving the final blow via stabbing him in the chest with her katana. With the Rat King's death, the Soul Key appears where his body was, with Sally picking it up as the four actors are teleported away to another film.

Teleporting to the film Attack of the Radioactive Thing, a giant mutated creature called Crog-Zilla somehow obtained the fourth piece of the Soul Key, having it hidden away within his antenna. After the actors trick the beast into swallowing a nuclear bomb with the optional help of Elvira, the four actors manage to enter the belly of Crog-Zilla and arm the nuke. After teleporting outside of the beast, Crog-Zilla then explodes from the inside-out from the nuke, sending pieces of his body all around Sonova Beach. After the deed is done, Andre removes the Soul Key from Crog-Zilla's antenna before the four are teleported away to another film.

Teleporting onto a spaceship on autopilot, the four actors reach the final film, The Beast From Beyond. After managing to power N31L and eventually get him into a computer within the projector room, the actors manage to defeat a hoard of Cryptids and two Mammoths before recovering the final piece of the Soul Key from one of the Mammoth's bodies. With it, they are teleported to Wyler's theater in the real world, where they confront Wyler. As he congratulates them for their efforts, they grab him and lock him within the viewing room, where Poindexter turns on the projector with Zombies in Spaceland on. As Wyler pleas for his life, he is ultimately trapped within Zombies in Spaceland. However, because of his departure, the actors soon realize that they are now the directors and are now stuck within the theater forever. Even after the arrival and later defeat of Mephistopheles, the four actors remain trapped within the theater with the now free Willard Wyler, which is actually stuck within a Soul Jar in the true reality.

Once the player collects all five Soul Keys and completes The End?, the player can interact with the Soul Jar in the projector room directly afterwards, where the four keys will connect together onto the rod piece from Zombies in Spaceland, opening the jar and releasing two golden film reels that automatically attach to the Pack-a-Punch Machine, ultimately unlocking Director's Cut for the player.

The piece of the Soul Key from Zombies in Spaceland in the intro cutscene for Rave in the Redwoods.

The Actors with a piece of the Soul Key in Rave in the Redwoods.

The first piece of the Soul Key as seen in the Sooooul Key achievement icon.

The second piece of the Soul Key as seen in the Locksmith achievement icon.

The third piece of the Soul Key as seen in the Pest Control achievement icon.

Crog-Zilla, the guardian of the fourth piece of the Soul Key as seen in the Soul-Less achievement icon. 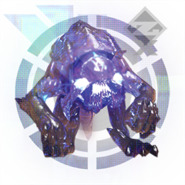 A Mammoth, one of the guardians of the fifth and final piece of the Soul Key as seen in The End? achievement icon.

The Soul Key in Attack of The Radioactive Thing after the Crog-Zilla death.
Community content is available under CC-BY-SA unless otherwise noted.
Advertisement