Sovereign is a multiplayer map in Call of Duty: Ghosts. It takes place in a tank factory.

The map has plenty of close-long range areas for players to fight at. The two side of the assembly line provide good medium-long range combat. The side with more space to it has sniping spots; one that is next to a staircase and one with a ladder in front of it. The paths in between the two sides of the assembly line are great for shotguns and submachine guns. The building near the middle of the map has plenty of close-quarters action inside it too, and the balcony attached to it is also a great sniping spot which is right in between the other two. Under the assembly line is another pathway the players can use that is great for flanking. 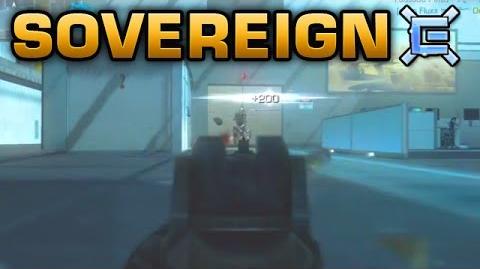