For the campaign level, see S.O.E..

The Special Operations Executive (SOE) was a covert British World War II organization that conducted espionage, sabotage and reconnaissance in occupied Europe against the Axis Powers, and to aid local resistance movements. 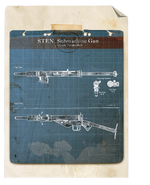 The blueprint of the Sten, a submachine gun used by Crowley 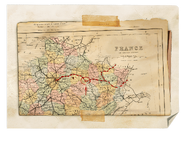 A map pointing at the Kasserine Pass in Crowley's dossier 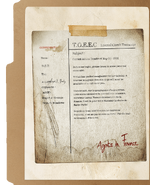 A letter written by Crowley in French