Specialist Weapons are special weapons in Call of Duty: Black Ops III and Call of Duty: Black Ops 4 that are specific to each Specialist. They grant players powerful, short-use devices to take out enemies aggressively or tactically; players can choose between using their Specialist Weapon or Specialist Ability. They are acquired by filling the power meter around the weapon icon by scoring points or granted after a short amount of time. The meter turns yellow when completely filled, and will deplete over time. Specialist Weapons last until the meter runs out, the user is killed, or the player runs out of ammo; the meter depletes faster when using the weapon.

Purifier (Krystof "Firebreak" Hejek)
Add a photo to this gallery

Specialist weapons appear in zombies too. They will fill only by getting kills, which means they will not fill after a specific time period. There are currently five specialist weapons in zombies. These are the Apothicon Swords, the Annihilator as it appears in multiplayer, but it has 18 bullets and can be acquired by completing the revised Fly Trap, the Ragnarok DG-4, which is similar to the Gravity Spikes from multiplayer, the Skull of Nan Sapwe and the Gauntlet of Siegfried. The Apothicon Swords appear in the map Shadows of Evil, The Annihilator in The Giant, the Ragnarok DG-4 in Der Eisendrache and Revelations, the Skull of Nan Sapwe in Zetsubou No Shima and the Gauntlet of Siegfried in Gorod Krovi. They return in Call of Duty: Black Ops 4 as Special Weapons.

An Apothicon Sword ready to be used

The Ragnarok DG-4 as they appear in game 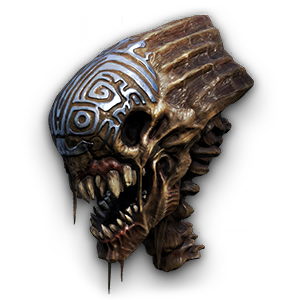 The Gauntlet of Siegfried
Add a photo to this gallery
Retrieved from "https://callofduty.fandom.com/wiki/Specialist_Weapon?oldid=2461877"
Community content is available under CC-BY-SA unless otherwise noted.