For the multiplayer perk with similar effect, see Sleight of Hand.

Speed Cola costs 3000 points, making it the second most expensive Perk-a-Cola (along with Vulture Aid), behind Mule Kick and Widow's Wine. Its effect is most useful and noticeable on weapons with slow reload times, such as light machine guns, shotguns, and some wonder weapons, but due to its high cost, it is ill-advised to purchase without Juggernog unless in dire need. The vending machine from which Speed Cola is purchased has a green and white color scheme. The color for this perk is green, and the icon is a hand holding a weapon magazine, similar to the Sleight of Hand perk. Speed Cola appears in every Zombies map excluding Nacht der Untoten, Bus Depot (Survival Mode) and Dead Ops Arcade and Dead Ops Arcade 2: Cyber's Avengening

The version in Call of Duty Online looks different, with a more modern soda machine design. It is white on the sides and green on the front. It doesn't have the circle on top with the Speed Cola logo on it. On the front there are two white lines twisting around each other. The lettering on the machine is in white instead of red and is sideways. It also features different colored buttons that someone would press to despense different types of drinks.

After an update to Call of Duty Online, the machine now looks completely different. It looks somewhat alien-like, sporting four green tubes on its sides and a grey finish. Also, its icon is now purple instead of green, and the icon is sideways so it looks like a diamond.[2] 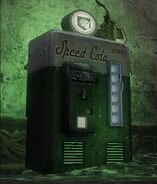 The Speed Cola machine as it appears in Call of Duty: Zombies. 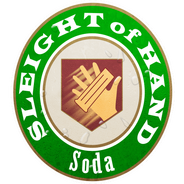 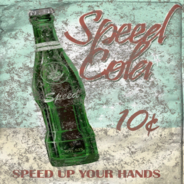 Retrieved from "https://callofduty.fandom.com/wiki/Speed_Cola?oldid=2284015"
Community content is available under CC-BY-SA unless otherwise noted.