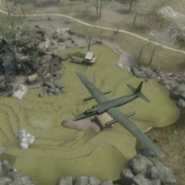 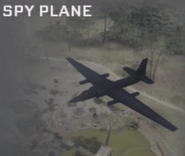 Early version of the icon.

A Spy Plane in multiplayer.

"Reveal enemy positions through the Fog of War."
— In-game description.

The Spy Plane returns in Call of Duty: Black Ops Cold War as a scorestreak.

"Calls in a spy plane which reveals enemy positions on the minimap to you and your allies. Can be shot down."
— In-game description

The Spy Plane returns in Call of Duty: Vanguard as a Killstreak.