For the game feature in Call of Duty: World at War, see Squads (World at War).

Squads is a feature in Call of Duty: Ghosts[1][2]. Squads consist of ten characters the player is allowed to create in multiplayer and set among unique gamemodes involving AI controlled enemies and squad mates in solo or multiplayer play that also count towards players' XP. The gamemodes include Squad Assault, Safeguard, Safeguard Extended, Safeguard Infinite, Squad vs Squad and Wargame. All of these modes can be played while online or offline.

Squad members have randomly generated names that can be changed. (This list is incomplete.)

Image from a video, teased by Mark Rubin, showing the name "Squads". 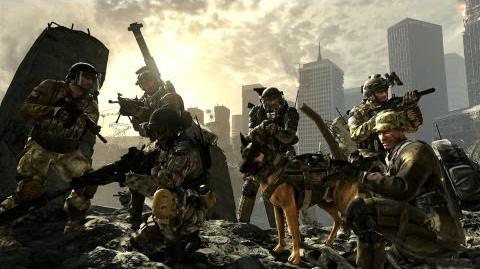