Take out all of the enemy targets and do it fast 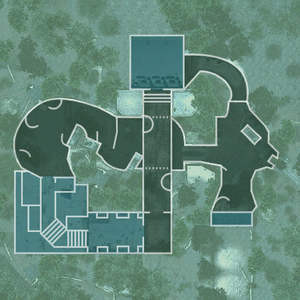 "Test your skills on the obstacle course."
— Level Description

The level takes place in a training area with both stationary and moving enemy and civilian targets popping up. The player takes control of Derek "Frost" Westbrook. The player starts with an ACR 6.8 and a USP.45 (but can change weapons on the table at the beginning of the mission), and is tasked with charging through the level as fast as possible.

A nearby table provides a selection of various weapons. The completion time determines how many stars are earned. Finish within 28 seconds for 3 stars, 40 seconds for 2 stars, and simply finish for 1 star.

Sprint to the starting line and two targets will appear in front of the player. Take out the one in front first, then the second one on the right. Sprint up to the vehicles and take out the two targets in front (avoid the civies). Then jump over the sandbags, hitting the target on the right. Hit the targets in the windows in any order, and sprint inside. Knife the target inside, and sprint up the stairs. Shoot through the targets that appear (attempt to get two hits in one bullet). Hit the target on the left on the bridge, and then take out the dogs. As the player approaches the door, three targets will appear. Hit all of them and enter the door. Hit the four few targets in any order (avoid shooting Sandman and the civilian, otherwise the challenge will have to be restart).

Hidden AK-74u behind the spawning area.

Grinch and Truck.
Add a photo to this gallery

Retrieved from "https://callofduty.fandom.com/wiki/Stay_Sharp?oldid=2472277"
Community content is available under CC-BY-SA unless otherwise noted.