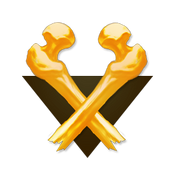 For the Death Card in Call of Duty: World at War, see Death Cards#Sticks & Stones.

The Call of Duty: Black Ops III version used the NX ShadowClaw instead of the Explosive Tip Crossbow, providing a slightly different experience than previous versions. The Shadowclaw is not explosive and can fire arrows in rapid succession, unlike the previous crossbows which need to load a new arrow after each shot.

Stick and Stones is a time-limited game mode in every season, but features a Combat Knife and Combat Axe, different from its Black Ops games counterparts.

"Everyone has a chance to get a Hachi sword, killing the enemy will put you Cranked status."
— Description

Swords and Stones is a variation featuring the Hachi sword.

Sticks and Stones in the Wager Match menu.

Humiliating and bankrupting an enemy in Sticks and Stones. 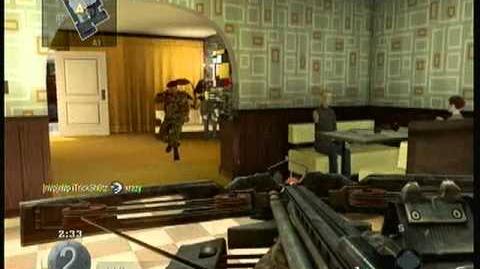 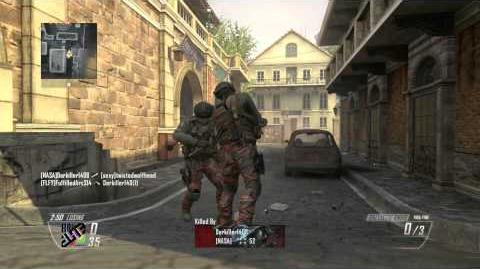