Storm is a multiplayer map added with the Stimulus Package in Call of Duty: Modern Warfare 2. It also appears in Call of Duty Online as "Chemical Plant".

It is described as "an open industrial park littered with heavy machinery". Like its name implies, outside of the warehouse is a heavy storm. Storm shares features with the maps Killhouse and Vacant from Call of Duty 4: Modern Warfare.

This map can provide excellent close range combat, intense medium to long range assault battles and even sniping; a great all round map for all game modes.

"Chemical Plant" in Call of Duty Online has a sunny winter setting along with a few changes inside the warehouse. 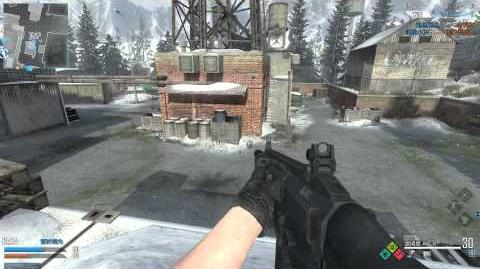