Call of Duty Wiki
Register
Don't have an account?
Sign In
in: Call of Duty: World at War (Nintendo DS) Single Player Levels

Storming the City is the first level in the Russian Campaign in Call of Duty: World at War (Nintendo DS). This mission is the introduction of the Russian attack on Seelow Heights, Germany. The mission focuses on neutralizing enemy artillery positions and eliminating any resistance.

The level starts with the player in the role of Dimarkurato, a Red Army private, in control of an ML-20 artillery gun of their own. 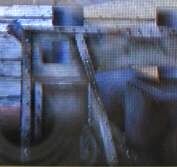 The player is then tasked to destroy the red brick buildings with the artillery gun, as the Germans have set up their own artillery there. Once the buildings are taken out, the player is then sent to find a missing scout party. The party is found pinned down by a Panzer III, so the player flanks behind it and plants a Sticky Grenade to destroy it. After that, the player goes to regroup with the captain. The player proceeds to the wreckage of the buildings and assists the captain and the rest of the squad in eliminating survivors. Once that is done, the player regroups with the squad and the level ends.

Seelow Heights is within striking distance of the main allied force. A line of ML20s have been deployed on the outskirts to the east of the city. Intel reports that the Germans are setting up artillery in the larger structures on the edge of the city. The troops have orders to take out the buildings and the artillery inside before moving on and forcing the Germans out of the town.