"The Summoning Key is one of the oldest artifacts in all creation. It was used by the first one to mix all the dimensions with life, giving each one its unique balance. Under certain circumstances, it has the ability to form bridges between dimensions allowing the transfer of life forces back and forth. It resides in the 63rd dimensions of creation."
— Kronorium Excerpt 349561223

The Summoning Key, also known as the Astoth Arbzorark (Lit. All Key in Apothicon) was a mysterious artifact featured in the Aether storyline of Zombies mode. In Call of Duty: Black Ops III, it is featured in the map Shadows of Evil as a quest item and as part of the easter eggs in Der Eisendrache and Revelations. It also makes several cinematic appearances in future intro and outro cutscenes after The Giant. It also appears in the Call of Duty: Black Ops 4 map Blood of the Dead and the cutscenes of Alpha Omega and Tag der Toten. According to the Shadowman, Richtofen, and Doctor Monty, it is the most powerful artifact in all of existence.

The Summoning Key was crafted by the keepers, a device that allows them to manipulate the Aether. With that power, the Keepers were able to create Agartha, as well as other different dimensions, each with its own unique trait, as well as the ability to create a bridge between dimensions in order to transfer life forces between dimensions under certain circumstances. It resided in the 63rd dimension of creation. The Summoning Key was used by the "First One" to mix all of the dimensions with life.

During his two-year hiatus following the events of Origins, Primis Richtofen managed to convince Victis to secure an ancient book known as the Kronorium for him, which described many different major events all across history and time. It also described the location of the Summoning Key. Seeing its potential for his plans, Richtofen set out to secure the Summoning Key by any means necessary.

Within Morg City, a city residing within the 63rd dimension, the Summoning Key was acquired from the South Pacific by a reporter who worked for a man named Mr. Rapt (which was an alias used by the Shadowman), with the artifact originally supposed to be delivered to him at Easy Street within the city. Primis Richtofen arrived in Morg city to secure the summoning key, however the reporter was babbling and acting weirdly while waving a letter from Monty, then the crate was sealed with "some ancient magic", storing the key. Richtofen was forced to act in self-defense and killed the reporter after the reporter attempted to kill him. Richtofen, knowing that the seal will eventually be broken, waited until the Shadowman cursed four individuals into a warped version of Morg City before setting his plan in motion.

After defeating the Apothicons, a Keeper will hand the players the Summoning Key in order to remove their curse, but before they could grab it, Primis Richtofen appears from nowhere and snatches the Key, saying he doesn't have time to explain and that he has a universe to set right before thanking the crew and leaving through a portal, dooming the Shadows of Evil cast.

With the Summoning Key, Primis Richtofen traveled to Dimension 2210, where he managed to collect the soul of an innocent Richtofen, delivering it to The House. Knowing that he needed to save the other souls of Primis, Richtofen set out to find them, eventually ending up at Der Riese in another dimension, where he reunited with the others. In the map The Giant, Richtofen mentions to Nikolai that he has an artifact that could be useful to them later on, which is in fact the Summoning Key.

In the map The Giant, several pieces of blue scrap paper can be found scattered around the map, with each piece being a part of a blueprint. When put together, they will reveal a blueprint involving the Summoning Key, as well as the blueprints' creator, Dr. Monty.

In the map Der Eisendrache, Richtofen will mention the Summoning Key several times throughout the map, including during one of his conversations with Dempsey. The Summoning Key physically appears in the map after defeating the corrupted Giant Keeper, where the players must use the MPD to charge up the key. Once charged, it can be picked up by anyone. Placing it at the computer terminal by the bell tower will cause the Summoning Key to override the facility's defense systems, launching several rockets towards the Moon, destroying it and killing Groph and any Group 935 members at Griffin Station. In the end cutscene, Richtofen explains that he plans to preserve the souls of the Ultimis versions of themselves after they are killed, stating the Summoning Key can only preserve their souls after the moment of their death. After the Ultimis Dempsey was solemnly put down by his Primis counterpart, Richtofen uses it to capture his soul. With Ultimis Dempsey dead, Richtofen only had the Ultimis Nikolai and Takeo left to preserve their souls after they have been killed.

In the intro for Zetsubou No Shima, the Summoning Key was taken from Richtofen by a Japanese Officer on board a ship in the Pacific Ocean before a wave gives the four a chance to fight back. After Takeo kills the officer with a Katana, the Summoning Key rolls out of his hand and begins to roll around the deck of the ship before almost falling overboard before it is caught by Takeo. After Ultimis Takeo commits seppuku while his Primis version commits kaishaku on his older self, Richtofen uses the Summoning Key to preserve the Ultimis Takeo's soul.

By sending the souls to Maxis, three children representing Dempsey, Nikolai and Takeo were created in The House, with the Ultimis souls inhabiting the children, allowing their souls to live on within The House alongside Samantha, Eddy (who holds a version Richtofen's soul from Dimension 2210), Fluffy and Maxis.

During gameplay of the map, the characters mention the Summoning Key, with Monty berating them for leaving the most powerful artifact ever alone on a table. He also explains that Maxis is within the Summoning Key as well. After the crew teleport to the Shadowman's arena, the Summoning Key can be seen floating near the ceiling. After using the Kronorium to break the seal which is keeping the Summoning Key up, the four manage to take the key back to the map after defeating several Margwas.

After stopping at Alcatraz Island in Purgatory to recover the blood vials for his insurance policy, Richtofen discovers that the course of events written in the Kronorium have been changed, resulting in the Primis cycle being derailed. Before Primis can leave to return to the Division 9 island, Brutus appears and destroys their exit portal, trapping them on Alcatraz. After a series of events, Primis attempts to use the Summoning Key on the deceased corpse of the Warden, although Brutus is able to capture them, explaining that he plans to use their blood to open a gateway to unleash the Apothicons. However, Primis are able to escape thanks to the ghost of Albert "Weasel" Arlington, and they confront Brutus at the Dark Mechanism. After a hectic battle, Richtofen sacrifices himself and enters the Dark Mechanism, which begins to siphon all of the blood from his body. While the rest of Primis fought Brutus, the post-Revelations Richtofen awoke from a cryopod in Richtofen's lab, using an orange crystal to cleanse the island, killing Brutus and freeing the trapped souls from Purgatory.

Once Victis acquires the Agarthan Device and helps complete it with the Elemental Shard, they teleport it to Nikolai, who soon uses it to destroy the Summoning Key and begin the purging of the multiverse into the Dark Aether.

Throughout the story of Call of Duty: Black Ops III Zombies, the Summoning Key has been able to demonstrate several different powers and abilities. It was first used the by the Keepers to create Agartha, a physical manifestation of the Aether. According to a cipher from the map Gorod Krovi, at some point within Aether Story, the Summoning Key was used by the "First One" to seed the other dimensions with life, making each universe unique. Under certain circumstances, it has the ability to form bridges between dimensions.

Richtofen then further demonstrates the Summoning Key's power in Der Eisendrache, where he is able to use it to launch several rockets towards the Moon, as well as cause the other three to levitate and freeze in the air. Once the Ultimis Dempsey was put down by his Primis counterpart, Richtofen was able to capture Ultimis Dempsey's soul.

When Dempsey, Takeo, and Nikolai observed the Summoning key in Der Eisendrache, they already recognize it somehow, saying it is a dangerous device, fearing out its of abilities when fully powered.

When captured by the Imperial Japanese Navy in the intro of Zetsubou No Shima, the Summoning Key's six Apothicon symbols can be seen pulsating and glowing unlike in previous maps. Once Ultimis Takeo commits seppuku, Richtofen captures his soul with the Summoning Key.

Being left within his arena, the characters are able to retrieve it and use it to collect several items from around the area before returning to the arena. Using the Summoning Key to collect the souls of several zombies, the four throw the Summoning Key into S.O.P.H.I.A and destroy the Shadowman's shield, ultimately killing him after using the Kronorium to send another beam at him. Maxis is then able to communicate with the others as he merges with S.O.P.H.I.A in her A.I. body before leading the Summoning Key into the Apothicon Sun, ultimately restoring everything.

After the cycle is broken, it is discovered that the Summoning Key is able to interact with the Agarthan Device in order to open and close new worlds. This is demonstrated when Primis Nikolai uses the Agarthan Device to destroy the Summoning Key in order to both close off the Multiverse, banishing it into the Dark Aether, and to create "The Way Through", a path leading to a new universe outside of the Aether's influence.

The Summoning Key is a golden sphere with six Apothicon symbols on it. During a ritual, the six symbols fly out from the key, displaying blades and surround the person being sacrificed. After the ritual has ended, the symbols return onto the Summoning Key. 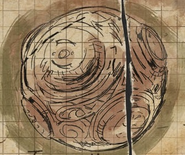 A drawing of the Summoning Key found in Shadows of Evil's scrap paper. 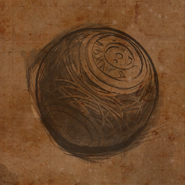 A drawing of the Summoning Key as seen in the Zombies Chronicles timeline poster. 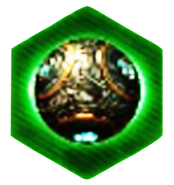 The icon upon completing Apocalypse Averted.

The Shadowman holding the Summoning Key.

A Keeper with the Summoning Key...

...until Richtofen snags it from the Keeper.

Floyd's promoter being sacrificed into the Summoning Key.

The crate containing the Summoning Key.

Richtofen explaining his plan with the Summoning Key.

A closeup of the Summoning Key as seen in the Zetsubou No Shima intro cutscene.

Richtofen collecting the Ultimis Nikolai's soul in the background.

Richtofen calling to Maxis with the Summoning Key in his hand.

Richtofen releasing the souls of Ultimis into the sky.

The souls of Ultimis Dempsey, Takeo and Nikolal heading to The House.

Maxis shocked at the sight of the Summoning Key.

The Shadowman about to escape the Summoning Key.

Maxis being preserved within the Summoning Key.

The Shadowman catches the Summoning Key.

Maxis using the Summoning Key as a vessel.

The Summoning Key moments before its disappearance.

The Summoning Key's ultimate fate in the cycle.

The Summoning Key hovering above the Agarthan Device.

The destruction of the Summoning Key.

The Summoning Key in First Person. 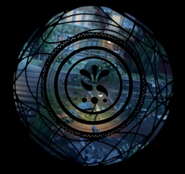 The Summoning Key as seen in the Salvation DLC trailer.

The Summoning Key's inventory icon as seen in Shadows of Evil.

The Summoning Key as seen in the For The Good Of All achievement. 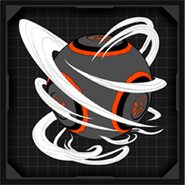 The Summoning Key as seen in the icon for Salvation Lies Above.

Concept art of the Summoning Key. 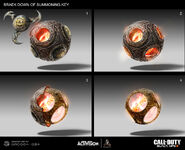