For the Scorestreak in Call of Duty: Black Ops II of the same name, see Swarm.
For the enemy in the campaign, see Drone Swarm.

"Reconstruction is underway in Seoul, South Korea. Long sightlines along the streets with tight interiors cutting through the middle make for fast combat in this urban jungle."
— Map description

Swarm is a multiplayer map featured in Call of Duty: Advanced Warfare that was released in the Reckoning downloadable content pack. Players will be fighting in a reconstructed part of Seoul, South Korea. 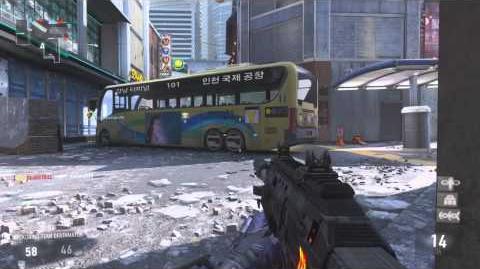