Call of Duty Wiki
Register
Don't have an account?
Sign In
Advertisement
in: Call of Duty: Infinite Warfare Multiplayer 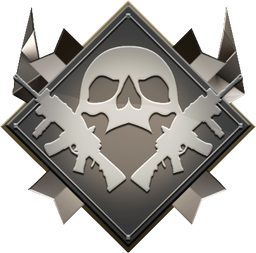 Tactical is a playlist in Call of Duty: Infinite Warfare.

According to Infinity Ward, fan feedback was the inspiration for the playlist. The playlist removes thrust jumping and power sliding from the regular Multiplayer, but keeps wallrunning in order to allow access to key areas in some of the maps.

Weapon damage has also been rebalanced to better fit the playlist. Most notably head shot damage has been increased to add a more advanced level of engagements.

It went live with one mode, Tactical Team Deathmatch on December 16, 2016[1]. On January 2017, Infinity Ward announced that Tactical Team Deathmatch will be available permanently.[2] On June 2017, Domination and Kill Confirmed were added, making the playlist a moshpit. Additionally, they've also been looking at what other multiplayer modes they could integrate with the ruleset.[2]