For the power-up in Zombies, see Nuke (Zombies).
For the hidden 25 killstreaks in Call of Duty: Modern Warfare 3 and Call of Duty: Ghosts, see M.O.A.B. and K.E.M. Strike.

"End the game with a bang..."
— In-game description

Requiring 25 consecutive kills (or 24 with the Hardline Perk), this killstreak is the hardest to acquire in Call of Duty: Modern Warfare 2. It can be unlocked as early as level 10.

Once used, a ten second countdown will display on all player's screens as the nuclear warhead, although invisible, falls to the ground, and a siren will sound. Once the countdown expires, the entire battlefield will be engulfed in white light as the nuke explodes. Time will appear to slow, all vehicles and killstreak rewards will explode, and finally, all spawned players including the user, die on the spot.

A Tactical Nuke detonation results in an automatic win for the user and their team, no matter what the current score is - however if a nuke is called in a Free-for-All, when an enemy has more kills than the Nuke user, the Nuke will not give the user a win. Once a Tactical Nuke is called in, the current score will freeze. This means that the scores will not increase even if players capture objectives, or kill enemies. For example, if the score in Domination was 199 to 180 and someone calls in a nuke, the score will remain the same..

After the Tactical Nuke explodes, it will kill all players who are alive within 5 seconds of its explosion. This can greatly extend the user's killstreak, as long as they are one of the final players killed - and it does add to the user's Leaderboards Killstreak. However, this can be avoided by calling a controllable killstreak with a laptop (Predator Missile, Chopper Gunner, etc.) exactly when the nuke goes off. A player can also survive a Tactical Nuke while in Final Stand or Last Stand.

The Nuke does not kill players in a random order. The bomb is dropped off map. If standing at the edge of the map, looking out at where the bomb is dropped the player will see an explosion and shock wave almost identical to when the Nuke goes off in the Call of Duty 4: Modern Warfare campaign mission "Shock and Awe". The players will be killed in order of distance (closest to furthest) of the explosion.

The explosion in Wasteland

The scoreboard after the explosion

The aftermath of the nuke being called in.

The Tactical Nuke returns in Call of Duty: Mobile where is it called Nuclear Bomb where it functions similarly the Modern Warfare 2 version.

Requiring 20 consecutive gun kills (does not stack by using other scorestreaks, operator skills and Hardline perk), this killstreak is the hardest to acquire in Call of Duty: Mobile and have the lowest kill requirement in entire Call of Duty series. It can be unlocked as early as level 20.

Unlike in Modern Warfare 2 and Call of Duty: Online, activating a nuke will not end the game, similarly to the M.O.A.B. from Modern Warfare 3. In the limited time gamemode: Attack of the Undead, however, if a survivor launches a nuke, the game will end, and all remaining survivors will win the game.

Once used, a ten second countdown will display on all player's screens as the nuclear warhead, falls to the ground, and a siren will sound. Once the countdown expires, the entire battlefield will be engulfed in bloom and white light as the nuke explodes. Time will appear to slow, all vehicles and scorestreaks rewards will explode, and finally, all enemies will die instantly.

Like mentioned above, calling in a Nuclear Bomb does not result instant win the match, except for in Attack of the Undead. If the last match kill was a nuke kill, everyone in the match will see the Nuclear Bomb Final KillCam at the end of the match.

The Tactical Nuke returns in Call of Duty: Modern Warfare where it functions similarly to its Modern Warfare 2 version, but is a hidden killstreak similar to M.O.A.B., K.E.M. Strike, DNA Bomb, and V-2 Rocket in previous games, and requires 30 kills instead of 25. Kills by killstreaks (even with Kill Chain) and vehicles in Ground War do not count towards the required kills; Hardline and Pointman does not affect it either.

Unlike in Modern Warfare 2, instead of slowing down time when the Tactical Nuke detonates, all players' vision will instantly black out as the shockwave reaches them before showing the victory/defeat screen.

A Tactical Nuke (called DEFCON Nuke in-game) will be automatically called in when a team managed to capture all five objectives and hold them for 45 seconds in Ground War, ending the match in favor of the said team

In the game mode Infected, after the Survivor manages to get 30 kills without being infected, they will have the option to call in a Tactical Nuke. After the nuke goes off, it will conclude the match, afterwards. The player who called in the Tactical Nuke will still be labeled as Survivor on the leaderboards and will receive a victory, and the Infected will receive a loss. Other Survivors who manages to not be infected before the nuke goes off will automatically be switched over to the Infected on the leaderboards and suffer the same outcome as the rest of the Infected.

First introduced during the 80s Action Heroes event, the Tactical Nuke could be earned as a hidden Scorestreaks in the Die Hardpoint mode. Players needed to get 31 kills with their weapons to get rewarded with the nuke. When launched, a siren will blare and the nuke would detonate killing every player on the map without ending the match. After Die Hardpoint was replaced by Cranked Hardpoint, players only needed 25 consecutives kills to earn the Tactical Nuke.

With Season Four Reloaded, on July 15th, 2021, the Tactical Nuke was added to every Multiplayer modes, with the exception of League Play, Fireteam and Gunfight. 30 consecutive weapon kills are required to earn the Tactical Nuke. 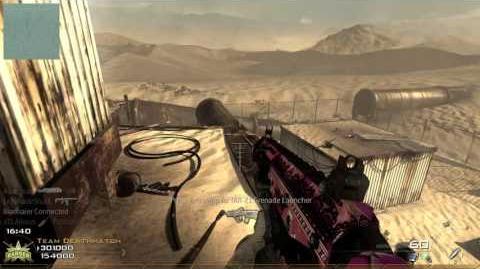 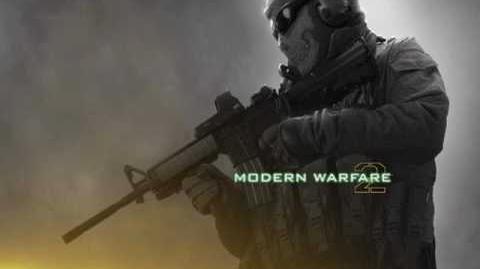 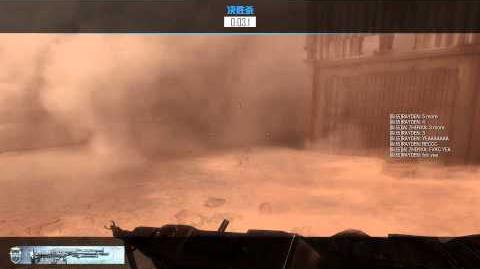