Terminal is a medium sized multiplayer map featured in Call of Duty: Modern Warfare 2, based on the campaign mission No Russian.

This map, which is an airport terminal, is full of luggage, bars, and small shops; the outside area of the map, where planes and cargo are stationed, has many tiny areas that are accessible as well. Players are allowed to go into a plane, which has realistic seats inside it, with the exception of the cockpit seats.

Security checkpoints and barricades make the map very maze-like. This and the indoor areas can provide some cover from enemy killstreaks, but there are many overhead windows that should be avoided indoors, so the plane is the safest place to be as it is well protected from any airborne threat. The main hallway overlooking the outside part the map which has been given the name the Hallway of Death, should be avoided the most, as anybody below on the ground can easily shoot through the windows and kill the player, as well as enemy players in the cockpit of the plane, and the fact that there is almost no cover, and several entrances. The store in the centre of the map is an excellent place to go as it has views outside the airport as well as being adjacent to the hallway. There are several high-up spots where many players flock to, usually going on massive killstreaks if they are set up correctly. Along with this, some players get on top of the plane, and can be extremley hard to remove from there.

The map is mainly filled with tight turns and medium range combat. As a result, assualt rifles and SMGs are most effective, and thus most common, while Grenade Mortaring is common where guns don't always have straight lines of sight. Smoke Grenades are useful for moving around the map without drawing sniper fire. Shotguns are great for the indoors part of the map, where there are many small choke points. Down the middle hallway, and the outside areas, sniper rifles prevail there, and walking outside can usually result in the player getting sniped.

Because of the large amount of glass on the map, attaining FMJ penetration kills is more common on Terminal than on other maps with little cover such as Wasteland, or Derail.

Also, the jetway connecting the plane to the terminal building has an open section above the plane's door which allows space for Predator Missiles and other such explosive weapons too, but this open section is very small and it can be a waste of a killsteak or explosive.

Due to the majority of the map being inside the airport, aerial killstreaks will fare much worse than on more exterior-based maps such as Dome. However, outside, they can serve as very effective ways to pick off mobile enemies. As well, the interior feel allows for machines such as the Recon Drone, the Sentry Gun and the Assault Drone to perform exceptionally, pinning down enemies near common choke points with ease; all types of equipment and gadgets fare well, if set up in the right choke points. In objective game modes, certain areas can turn into meat grinders, with constant spawn trapping, and complete chaos on servers with large player counts. Explosives will be very commonly used, even more so on flag-based game modes. On Domination, the B flag in the middle hallway is almost always a deathtrap for both teams to try and capture. There is almost no cover there, and with a very large amount of windows, players are constantly killed there. On bomb-based game modes, like Search and Destroy or Sabotage, matches can last a long time due to the map's size, and the common tendency for players to stay inside, as going outside on those game modes are sure to lead to a swift death.

Overall, Terminal caters to almost any weapon, killsteak and playstyle, landing itself as a all-time fan favorite and classic map, being up in terms of popularity with Rust, Dome (WaW and MW versions), Shipment and Favela. 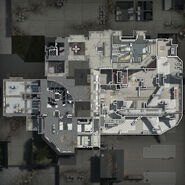 A screenshot of Terminal in Call of Duty: Modern Warfare 3 released by Infinity Ward via Facebook.

Concept of the shuttle featured on the map.

The History of Aviation and Space Travel banners seen around the map Terminal.

In Survival Mode, the player(s) start with a Model 1887, a Five Seven, a Self Revive, and Extreme Conditioning, but no Grenades or Flashbangs. The hostiles include Bomb Squads, Suicide Bombers, Little Birds, and Juggernauts. It has the difficulty of Tier 5 (Pretty Insane). Due to the fact the Helicopters come on along with Juggernauts, it is advised to use the Predator Missile on the Juggernaut. 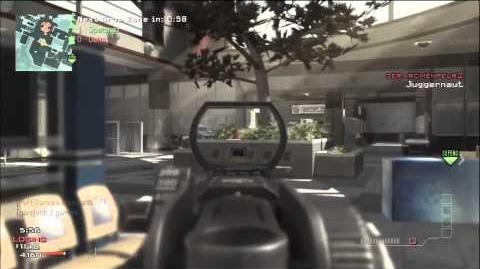 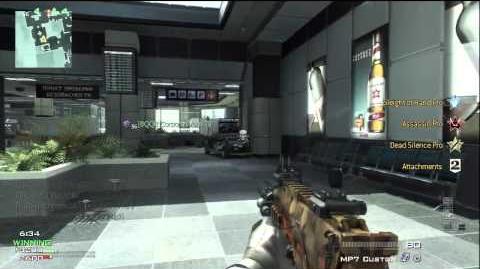 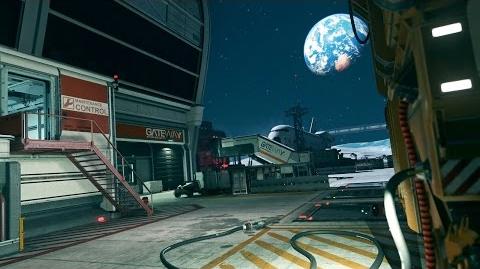 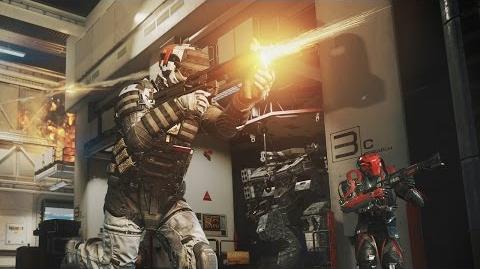