"An Abrams tank is stranded on the outskirts. Al-Asad's forces are overrunning its position. Break through the enemy forces to provide support for the tank and its crew."
— Call of Duty: Modern Warfare Remastered level description

"Be advised, more enemy troops are converging on the tank. Get there A.S.A.P!"
— Command

The Bog follows Sgt. Paul Jackson's squad (under Lt. Vasquez) as they fight through enemy lines to reach and defend a disabled M1A2 Abrams tank with the call sign of "War Pig". It starts out with Jackson's squad moving to the bog the tank is stranded in while encountering resistance. Jackson's squad is immediately ambushed by two heavily protected MGs. The squad splits in half: one squad advances on the enemies while the other provides fire support. Upon entering the half-destroyed building, Jackson can save Pvt. Roycewicz whilst going up a flight of stairs while also killing all of the OpFor by using their own MG against them. After the ambush, the Marine squad once again faces a large force of OpFor supported by T-72 tanks on the highway overpass, but using the FGM-148 Javelin, Jackson dispatches each of the enemy tanks in turn. With this threat neutralized, the squad then hurries over to War Pig, where they, as well as the surviving Marines of Alpha Company in the Bog, hold off attacks from the OpFor. Though the OpFor charge the M1 Abrams mercilessly with C4 packs, the Marines succeed in holding them off and driving them back further. After rescuing War Pig, Jackson is called upon to destroy a nearby ZPU-4 and plant a beacon to receive air support from an AH-1W Super Cobras, which clear a building the squad cannot attack. The arrival of air support finishes off the remaining OpFor resistance and sends the few survivors fleeing. With this done, the squad regroups and sets up a defensive perimeter, allowing the engineers to come in and repair the damaged tank. 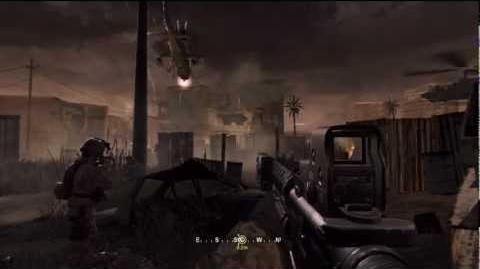 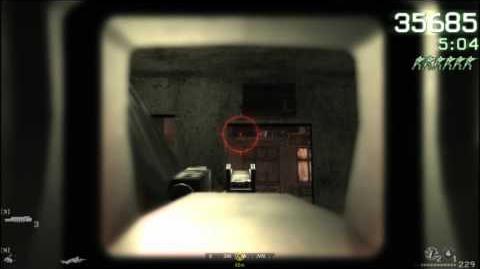 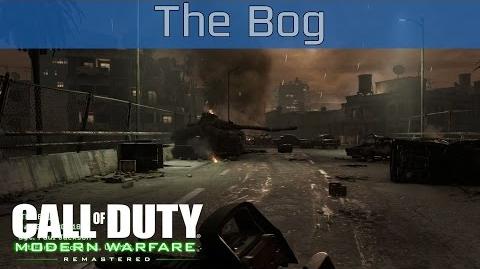 The soldiers breaching the room.

Laptop 8 in the breached room.