Get to the rally point.
Get in the jeep.
Get on board Nikolai's plane. 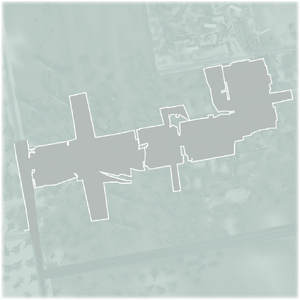 "Escape from General Shepherd's trap in the boneyard."
— Description

At the Afghanistan boneyard, Soap continues his attempts to contact Ghost and Roach to no avail. Price states that Shepherd is "cleaning" house, and tells him that he is on his way to him.

Shadow Company and Makarov's men are fighting each other in a vicious battle throughout the whole boneyard, with Technicals, Little Birds and BTR-80s being deployed. Soap makes his way through the heat of the battle, avoiding the two warring factions while making his way to the extraction point. Price contacts Nikolai to extract him and Soap with his C-130, which Nikolai agrees to do.

On the way, Price taps into Makarov's channels and tells him that Shepherd is now a "war hero" with a blank check and information with his movements. Price offers to take out Shepherd for Makarov, who grudgingly gives up Shepherd's base of operations, Site Hotel Bravo. Nikolai comments on the hectic battle below, and knowing that it is too dangerous to linger around, threatens to leave the two behind if Soap takes too long. Soap makes his way to Price, who has Rook, a Task Force 141 soldier who survived Shepherd's betrayal, commandeer a jeep to escape in.

A hectic vehicle battle ensues, and in the process, Rook is killed by a stray gunshot by Shadow Company forces. His foot still on the pedal, Soap is forced to steer the jeep into the cargo hold of Nikolai's C-130 and they manage to escape the boneyard.

Main article: The Enemy of My Enemy/Transcript

Soap inside a scrapped plane at the start of the mission.
Add a photo to this gallery
Retrieved from "https://callofduty.fandom.com/wiki/The_Enemy_of_My_Enemy?oldid=2523372"
Community content is available under CC-BY-SA unless otherwise noted.