Call of Duty Wiki
Register
Don't have an account?
Sign In
Advertisement
in: Stub, Call of Duty: Mobile Factions

The Five Knight's Military is a large scale army consisting of mercenaries, rebels and warfighters from around the world hired by The Five Knights to be used as henchmen.

They are the basic foot soldiers under command of the Five Knights. Mace mostly utilizes them. Their purpose ranges from acting as bodyguards to acting as henchmen or grunts during a battle. The Russian Merc is the only playable merc as he appears in-game. 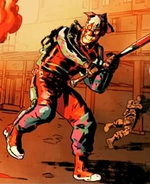 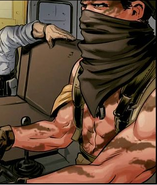 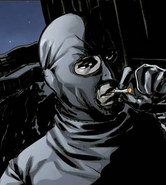 A group of generic Mercs. 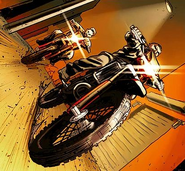 Dame and a Merc.

A Merc in Operation Broken Arrow.

Closeup of a Merc.

Mercs after being killed by Price.

The mercenaries were under the command of Gabriel T. Rorke. A few of them appear in a futile attempt to defend Rorke from The Dark Covenant. 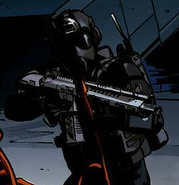 An Elite aiming his rifle.

The Five Knight's Naval Division is a navy force commanded by Vagr Modir. It's personnel consists mostly of vikings.

A Tank Platoon is utilized by the Five Knights. They are briefly seen during A Bigger Explosion as minor enemies.

The Tank Platoon in the comics accompanied by the Helicopter Squadron.

The Helicopter Squadron is used by the Five Knights during a battle or when in need for exfiltration. They are briefly seen in A Bigger Explosion.

A pilot exfiltrating with Templar and another knight.

Menendez escaping in a helicopter.

Cordis Die Pilot having being sniped by Alex.

A Paratrooper Division is mentioned by one of the UAC operators during Operation Broken Arrow but they are not seen.