For other uses, see Island.

"The Island" is the second mission in Call of Duty 3. It takes place on the 26th of July, 1944 in the village of Saint-Germain-sur-Sèves.

The mission starts off with the squad rallying with allies before an attack. The attack starts and the player is directed towards the first objective, breaking through the Axis lines. Moving up the hill, use the tanks for cover. Kill the enemy soldier manning the MG to the right. After the tank breaks down the barriers, duck to the side, and let the tank take care of him. The tank is destroyed shortly thereafter, leaving the player and the squad on their own.

The player proceeds onward through the broken shack and takes out a couple of soldiers that are waiting on the other side. After taking them down, follow the path along the right and be ready for several Germans waiting on the cliff. The squad advances into the valley and takes refuge behind a tree. A trio of enemy soldiers will ambush the player from the cliff above with FG42s. Take them out and the soldiers on the bridge. Follow the river uphill, and one will see a group of enemies shooting from a wall on the player's left. The player comes across a small gathering of enemy forces further up the hill. Eliminate them and move up. Continue up the path to a large clearing, here there will be a large number of enemies waiting. Afterwards, continue down the path until coming across a truck accident.

The player moves up the hill under fire from the enemy. Take cover among the numerous obstacles. Eventually the player will reach the top, taking out many enemies. Once the fighting is over, the squad continues following the creek uphill, eliminating any immediate threats along the way. The squad reaches a barracks emplacement on a hill. The player will move up and start clearing the barracks. Once cleared, the player will move to the top and eliminate the enemies. The player finishes off the last enemy and regroups with the squad.

After regrouping with the squad, the objective on the left corner of the tv screen says "Run for cover!" One of them yells "We gotta get out of here!" Everyone starts to run through a field to escape. If the player runs first if he hears an incoming mortar, then they will run after he does. If he runs on faster, Dixon will yell, "Get out of here, Nichols!" Then, a tank shell fires and it will shellshock the player and Nichols' vision blacked out, followed by a cutscene. The player's vision returns and Dixon says "Gettin' a little tire of dragging your sorry ass around, Nichols." He Drags the player a 2nd time, just like how after Buller was killed by an artillery strike and the truck was out of control in the previous mission. Huxley assist Dixon after Guzzo yells at everyone to fall back. After that, Guzzo protests that he needs air support. He says: "We need support here - say again - we need support!" A tank then arrives and destroys a German tank, Letting Huxley said that it's a friendly in excitement, then he says "Thank you, Jesus!" (Note: This sure is a funny joke on Huxley's line in the cutscene)Then the squad moves to the house and enters the basement. Take out the enemies stationed throughout the house. Continue to a heavily damaged room, killing the enemies through the spaces in the wall. After most of them are put down, walk through one of the wide gaps in the wall to drop outside and move to the far house, then regroup with the squad. The player will continue to move on until reaching a bunker and is then tasked with eliminating the soldiers along the way. Clear out the inside of the bunker, moving room to room. When near a staircase, three grenades will drop down. Try and avoid the grenades and move up the stairs. Eliminate any opposition on the floor then clear out the rest of the bunker. Regroup with the rest of the squad on the roof of the bunker and the mission ends.

M5A1 Stuart
Add a photo to this gallery 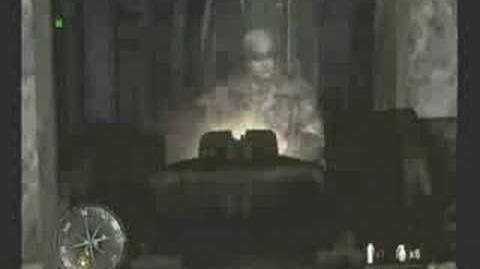 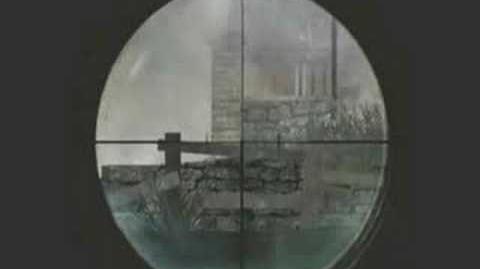 Call of Duty 3 - Mission 2 -- The Island (Part 2 of 2)
Add a photo to this gallery
Retrieved from "https://callofduty.fandom.com/wiki/The_Island?oldid=2457836"
Community content is available under CC-BY-SA unless otherwise noted.