Clear all of the enemy targets as fast as possible 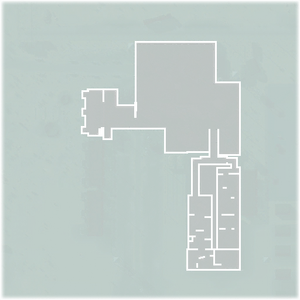 "Clear all of the enemy targets as fast as possible. Shooting civilians will prevent you from getting 3 stars."
— Spec Ops description

The Pit is the first Special Ops level in Call of Duty: Modern Warfare 2 in the Alpha group of operations. The objective is to clear all enemy targets, while avoiding killing civilians, and get to the end while being timed.

The Infinity Ward best time for The Pit is 22.6 seconds.

The Pit takes place in a training area with both stationary and moving enemy and civilian targets popping up. The player begins the level with an M4A1 and a USP .45, but may swap them out for other weapons provided nearby. There are 24 enemy and 5 civilian cutouts in the pit.

The fourth area inside the building.

The fifth area on the second floor of the building.

The sixth area after jumping off the building.

The seventh area leading to the final sprint.
Add a photo to this gallery
Retrieved from "https://callofduty.fandom.com/wiki/The_Pit?oldid=2523286"
Community content is available under CC-BY-SA unless otherwise noted.