For the map pack with the same name, see The Resistance.

"Join “The Resistance" in the latest community event for Call of Duty®: WWII! The event features free content, available to all players, like the all-new Resistance Division, new weapons and uniforms used in uprisings across Europe during World War II. Participate in new limited-time game mode events and rotating 2XP playlists across Multiplayer, War Mode, and Zombies. Plus, log in weekly to get a free Resistance Supply Drop."
— Message of the Day description of The Resistance.

The Resistance is a special event that was live in Call of Duty: WWII from January 23rd, 2018 to February 27th, 2018.[1] With Winter Siege, several new items and features were released, including 6 new weapons, temporary decorations in the Headquarters, a new Division with two new Basic Trainings, the return of the gamemodes Prop Hunt[2], Demolition and Gun Game, and the return of Carver Butcher as the Quartermaster for the duration of the event.

The Resistance event released a new division, called the Resistance Division, as the sixth available division in the game. The division focuses primarily on pistols and insurgency operations, equipping players with a Tactical Knife, a toggled ability to scramble nearby enemy minimaps, an extra attachment on pistols and the ability to detect nearby enemies in relation to the player.

Also released with the Resistance division were two basic trainings, Saboteur and Shifty. Saboteur, unlocked by default for all players, grants a shorter fuse time on all lethal grenades, as well as granting two lethals per life. Shifty, unlocked by prestiging the Resistance division, grants the player another attachment on their pistol, ammo regeneration for their pistol and the ability to have pistol magazines instantly refill when switching to a sidearm.

Released with the update arrived three ranged weapons and one melee weapon. The ranged weapons include the Orso submachine gun, the Volkssturmgewehr rifle, and the 9mm SAP pistol, whilst the melee weapon is the Combat Knife. Players are able to earn these weapons via completing specific challenges or opening a variant in a supply drop. Opening a variant in a supply drop does not grant the player the base weapon, however they are free to use the variant they have obtained. The only exception to this is the base variant of the 9mm SAP, which is unlocked by prestiging the Resistance Division once.

On February 13th, 2018, a second update was released for The Resistance event which brought two new ranged weapons, the Enfield No. 2 and Reichsrevolver pistols.[3] 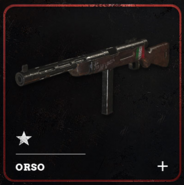 Promo of the Orso - Liberator variant. 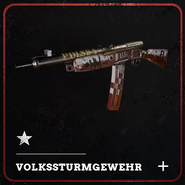 Promo of the Volkssturmgewehr - Resistor variant. 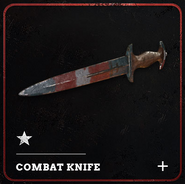 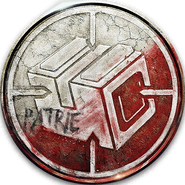 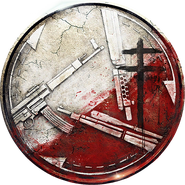 During the Resistance event, an easter egg was present in the Headquarters, requiring the player to "listen" to a transmission and activate ten beeping radios ten seconds apart. Successful completion of this easter egg will cause a plane to fly over the Headquarters and drop copious amounts of leaflets of the individual resistance movements, similar to throwing a grenade inside the tires of the Firing Range. 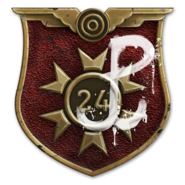 The Daily Order icon during the event 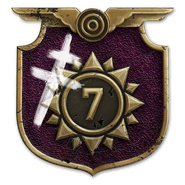 The Weekly Order icon during the event 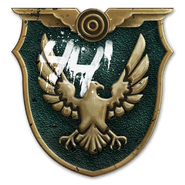 The Special Order icon during the event 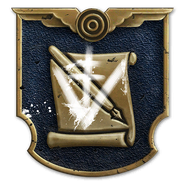 The Contract icon during the event 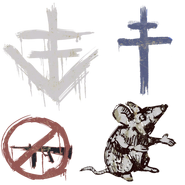 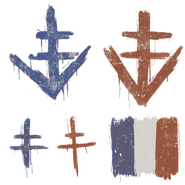 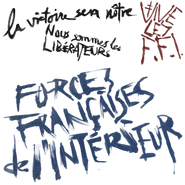 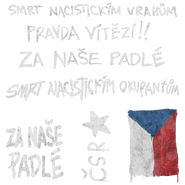 Note: Weeks 1 and 3 of the calendar were switched in the actual event.

Week 1 of The Resistance 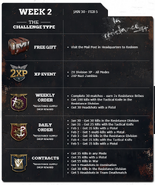 Week 2 of The Resistance

Week 3 of The Resistance 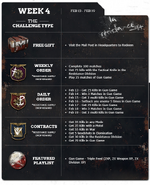 Week 4 of The Resistance

Week 5 of The Resistance 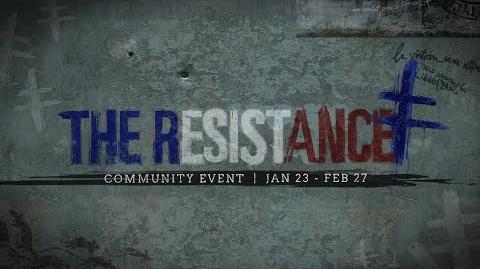