The term Third Person is generally applied to games which show the character the gamer is playing as, from behind the character. This allows the whole character to be seen, and a larger field of view.

In most Call of Duty games, spectating a player will allow the user to pick from two cameras, a first-person camera or a third-person camera. This is the only way third person can be viewed on console games without glitching (excluding Call of Duty: Modern Warfare 2).

PC users can manipulate the in-game console to have a third-person view of the game. In Call of Duty 4: Modern Warfare this means that aiming will make the camera zoom in by the relevant distance. Sniping however still shows the scope, but otherwise gameplay is more or less unaffected. In Call of Duty World at War, gameplay becomes hideously difficult since for some reason all shots will travel to a certain point on the map instead of where the player is actually aiming, making aiming fundamentally useless. However, knives, grenades (excluding molotov cocktails) and the Triple 25 will still function normally.

In Zombies, a glitch can be exploited on consoles that will enable third person, but aiming is impossible and the only way to get kills is by knives and grenades. To do this, the player must repeatedly press the switch weapon button while playing solo until the game restarts.

The Third Person Modes in Call of Duty: Modern Warfare 2 are exclusive to players that are rank 19 and up. The only playlist that allows third person is Third Person Team Tactical, although there used to be several others but they were removed. While aiming down the iron sights of a gun, the cross-hairs come closer together and a slight zoom comes into effect. While aiming down a Red Dot Sight or Holographic Sight, these effects are more exaggerated. The ACOG sight increases zoom, but does not increase accuracy much (how close together the cross-hairs are.) While aiming down a Sniper Scope or Thermal Scope, the view is just like first person, except slightly blurred.

Third person mode in Modern Warfare 3 is visually the same and works the same way of its Modern Warfare 2 counterpart. The only difference is that it can only be accessed in Split Screen and in private online matches. 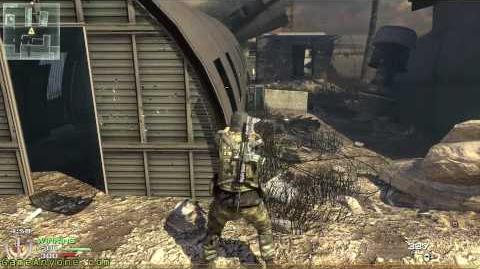 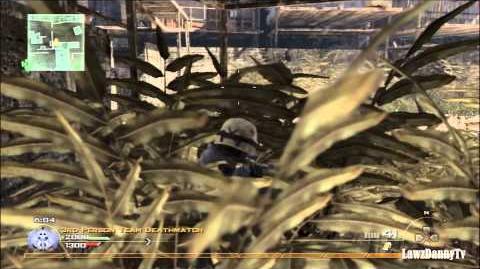 Retrieved from "https://callofduty.fandom.com/wiki/Third_Person?oldid=2371344"
Community content is available under CC-BY-SA unless otherwise noted.