Treyarch is a video game developer company located in Santa Monica, California. Treyarch is one of the primary studios working on the Call of Duty franchise.

Treyarch released Call of Duty: Black Ops III in 2015, which set place in the far future in the 2060's and the 2070's. The game grossed over $550 million within its first three days of release. Black Ops III became one of the best-selling games of the eighth generation of consoles. Treyarch also assited Infinity Ward during the developement of Call of Duty: Infinite Warfare in 2016. The same year, Mark Lamia became Chairman of Treyarch and Dan Bunting, Jason Blundell and Mark Gordon became co-Studio Heads.

In 2018, Treyarch released Call of Duty: Black Ops 4 which featured the first Battle Royale mode of the series, outside of Call of Duty Online only available in China, Blackout. Black Ops 4 grossed over $500 million within its first three days of release.

On August 4th, 2020, Treyarch confirmed that they were developing the next major Call of Duty title, Call of Duty: Black Ops Cold War alongside Raven Software.[3]

Games developed for the Call of Duty series

Call of Duty: Infinite Warfare
(Nov. 2016)
Add a photo to this gallery 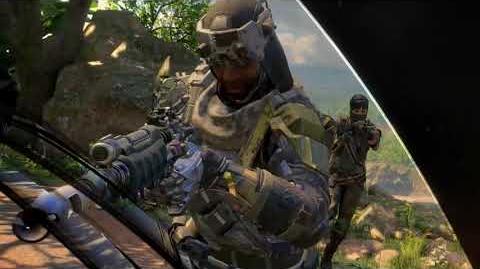 Retrieved from "https://callofduty.fandom.com/wiki/Treyarch?oldid=2562346"
Community content is available under CC-BY-SA unless otherwise noted.