The Tropas, officially the Cuban Revolutionary Armed Forces, are the armed forces of Cuba featured in Call of Duty: Black Ops, serving under Fidel Castro. Their only appearance in campaign is in "Operation 40", and in multiplayer, the Tropas are featured as a playable faction.

In Call of Duty: Black Ops II, the Tropas make a return only in the campaign mission "Pyrrhic Victory", where they assist the MPLA fight against UNITA and South Africa.

The Tropas also appear as a multiplayer faction in Call of Duty: Online.

The Tropas appear once more in the Call of Duty: Black Ops Cold War's mission End of the Line.

"¡Muerto confirmado!"
— Yelling "Kill confirmed!" after getting a kill.

"Keep fighting! Our strength cannot be matched!"
— When the team is winning.

"We must push forward. Defeat is not acceptable!"
— When enemy team is winning.

"Fight harder! We cannot lose!"
— When the team is losing.

"Remember this victory, we have displayed our power."
— Victory.

"Our strength could not be challenged, good job."
— Victory.

"We have been defeated, our strength was bested!"
— Defeat.

"Such insolence will not be tolerated! Execute that man!"
— When a player is kicked.

A Tropas soldier in Create-A-Class 2.0. 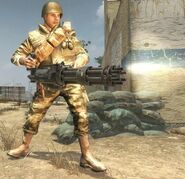 A Tropas soldier firing a Death Machine in multiplayer.

The Tropas captain from "Operation 40".

A Cuban Soldier in Angola. 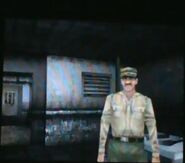 Woods finishing of the Militia Captain 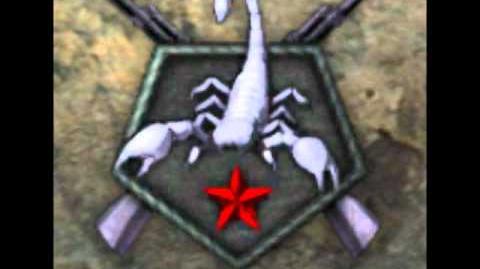 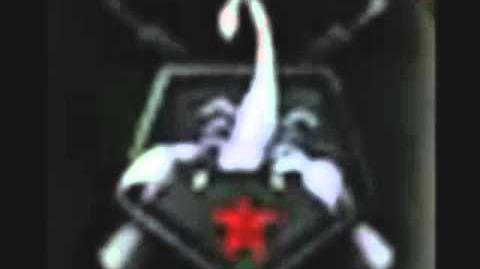