"Along with possessing the highest accuracy and mobility in its class, the Type 95 delivers pinpoint 3-round bursts with minimal spread on target. It performs best at longer distances, as its low damage output struggles in mid-range against heavy hitting weapons."
— Call of Duty: Elite description

Although the TYpe 95's overall rate of fire is low, the combination of a potential two shot kill and the high fire rate within the burst means that the Type 95 has the potential to kill opponents very quickly.

The Type 95's accuracy is decent. The iron sights are quite unpopular due to their unusual shape, and many Type 95 users will opt to use an optical attachment to replace the iron sights. The recoil per shot is very small. The Type 95 has recoil values of 40 to the left, 40 to the right, 50 upwards, and 30 downwards. The Type 95's recoil profile is symmertric and small. However, the Type 95's centerspeed is very poor, resting at a low 1200. This centerspeed, coupled with the Type 95's high rate of fire within the burst, mean that the user's aim can stray off target mid-burst. However, the gun will almost always recenter perfectly between bursts, as the Type 95's burst delay is long enough to allow the centerspeed to counteract felt recoil well before the burst delay ends. Kick doesn't really help that much with the Type 95's accuracy, as any accuracy deficiency derives from the low centerspeed and the high burst fire rate, not the recoil values.

The Type 95 has sluggish handling characteristics for an assult rifle. The Type 95 will allow users to move at 90% of the base speed, strafe at 36% of the base speed, and aim down the sight in 300 milliseconds. Due to the effect of a patch by Infinity Ward, the Type 95 has a slightly larger than normal hip-fire spread when standing still, but the hip-fire spread while moving remains the same. The Type 95's reload speed is extremely poor. The reload animation is 2.76 seconds long, or 3.3 seconds long if the magazine is empty. In either case, the user can Reload Cancel after 2.06 seconds. This is among the slowest reload cancels in the assault rifle class, being only faster than the comically slow reloads of the FAD. Thankfully, the burst fire limitation means that users won't have to reload too frequently, but reloads will make the user vulnerable for an extended period.

The Type 95 has the usual magazine capacity for an assault rifle of thirty rounds, equal to ten bursts. The Type 95 provides a starting ammo loadout of ninety rounds. Due to the low overall rate of fire and high potential damage, users can get a lot of mileage from this ammo loadout.

As far as weapon proficiencies go, a couple stand out. Focus is a very sensible and logical choice on the Type 95. Being a burst fire assault rifle, the user cannot afford to miss mid-burst, as that increases the chance of the burst not killing the enemy, and thus heavily increasing the amount of time needed to kill an enemy. Focus will ensure that flinch from damage will be less likely to ruin the user's fun. Attachments will allow the user to mix and match multiple attachments together to further customize the weapon. Impact allows the Type 95 to have superior penetration power and perform much better for users that want to shoot through walls.

The Type 95 has a slightly larger than normal attachment selection, as Rapid Fire is available. Optcial attachments are available, and they make for a rather popular choice on the Type 95, as it is a weapon that can be very competitive at medium range combat and can be somewhat useful at long range combat.

The Silencer is a bad attachment choice for the Type 95. The Silencer reduces the two shot kill, three shot kill, and the four shot kill ranges of the Type 95 by 25%. Burst fire weapons need to preserve their power due to the grave consequence of not securing one burst kills. If stealth is what the user wants from their assault rifle, users will usually be better served using a Silencer on a fully automatic assault rifle.

The Grenade Launcher is far weaker than previous incarnations, often failing to get one hit kills outside of Hardcore game types. However, it remains consistent enough to net two hit kills, and users can take advantage of that weaker explosive by using Recon, which allows the player and their team to track enemies on the mini-map. In Hardcore, the Grenade Launcher is very reliable and will almost always garner one hit kills, making it a common sight in said game type.

Rapid Fire increases the Type 95's rate of fire within the burst to 1276 RPM, but the burst delay remains just as long even with Rapid Fire equipped. The Type 95 with Rapid Fire has an overall rate of fire of 527 RPM. Increasing the overall fire rate is pretty nice, and can make for some absurdly quick kills. Because the burst delay is unchanged, this attachment presents next to no accuracy penalty either. Although there's less time between shots to center recoil, the three round burst limitation ensures that such an accuracy decrease can only hurt the weapon so much.

The Heartbeat Sensor provides portable radar on the side of the Type 95, pulsing and notifying of nearby enemies. Although there's no inherent downside to using this attachment, users shouldn't come to rely on it too much, as Assassin users will not show up on the Heartbeat Sensor at all.

The Shotgun is similar to the Grenade Launcher in that it is far, far weaker than in previous incarnations. The Shotgun is very unreliable at netting one shot kills compared to other shotguns. Even when considering the Type 95's slow overall fire rate, the prospect of a two hit kill means that users are generally better off just hip-firing the Type 95 in close quarters situations.

Extended Mags is never a bad choice on a weapon, and is definitely not a bad choice on the Type 95, increasing the magazine capacity to 45 rounds and boosting the starting ammo loadout to 135 rounds. That may be nice and all, but the Type 95 doesn't gain much from Extended Mags, as it doesn't necessarily burn through ammo quickly, nor does it force the user to reload often.

It is very useful when facing enemies in close-quarters due to its extremely high damage. However, the hip-fire spread and the fire mode does not make it ideal. It is useful on any wave, but when facing multiple enemies, dogs or Juggernauts, it becomes less effective.

First person view of the Type 95

Third person view of the Type 95

A Delta Force operator with the Type 95, equipped with a Hybrid Sight 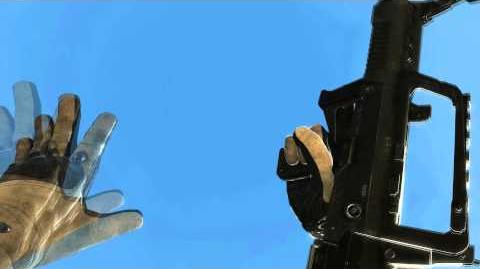 The Type 95 with Extended Mag.

Fully-Automatic
The Type 95 returns in Call of Duty Online, this time as a fully-automatic weapon. It has the highest penetration among the assault rifles of the game.

Older model of the Type 95, which had different iron sights and a foregrip by default

The Type 95 returns in Call of Duty: Black Ops Cold War as the QBZ-83 (referred to as the Type 15 in early stages). Like Call of Duty: Online, it is fully-automatic rather than burst fire.

While never used by enemies, the QBZ-83 can be found in weapon caches with various attachments in some missions.

The QBZ-83 can be brought into any map via Create-A-Class, at Loadout rarity and can be found at any rarity via the Mystery Box for 950 Essence. Within Firebase Z, it can be purchased as a Wall Buy for 1750 Essence, at a base rarity of Uncommon and can be located within the Military Command. Within Mauer der Toten, it can once more be purchased as a wall buy, this time at the cost of 2750 Essence with the increased base rarity of Rare within the "Death Strip".

When upgraded via Pack-a-Punch Machine it becomes the Yaoguai, gaining increased stats.

A gunsmith variant of the QBZ-83, seen briefly in the Call of Duty: Black Ops Cold War multiplayer reveal.

The QBZ-83 seen in action in a Multiplayer promo on Armada. 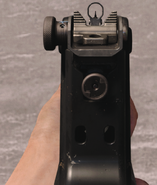