"A militarized highway cuts across a burning oil field, with damaged vehicles strewn about four vertical lanes. Minimal overhead cover increases the threat of ariel killstreaks and the surrounding clutter makes detection much more difficult. Keep a low profile, sweep the area, and get the jump on your target."
— Overview

U-Turn is a Face Off map located in the Middle East on a torn up road with an abundance of totaled vehicles. It was released for Call of Duty: Modern Warfare 3 as part of Content Pack 6. It's been available for Call of Duty ELITE subscribers on the Xbox 360 since June 19, 2012, and PS3 users since July 19, 2012. 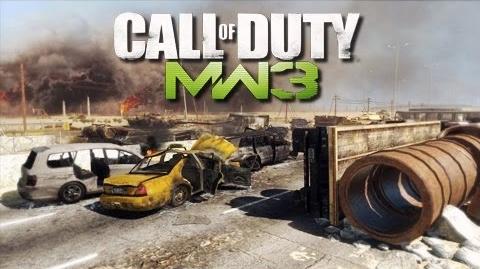 On the ELITE Calendar. 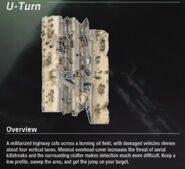 The T-72 can be seen on the map U-Turn.
Add a photo to this gallery

Retrieved from "https://callofduty.fandom.com/wiki/U-Turn?oldid=2449099"
Community content is available under CC-BY-SA unless otherwise noted.