The Only Easy Day, Was Yesterday

SEAL Team Six is mentioned in the level "Shock and Awe", where they assisted the NEST team in the failed attempt trying to disarm Al-Asad's nuclear device when Jackson and their team went to the LZ.

The Navy SEALs make a couple appearances in the campaign of Modern Warfare 2. Unlike the other two friendly factions, the U.S. Army Rangers and Task Force 141, the player does not take the role of a member of the Navy SEALs.

During the level "Of Their Own Accord", they can be seen fast-roping down to the Dept of Commerce, and later taking off from the Department of Commerce in a Little Bird helicopter. During the attack on the Russian forces around the World War II Memorial, the helicopters carrying the SEALs are shot down.

SEAL frogmen appeared in the levels "The Only Easy Day... Was Yesterday" (the SEALs' motto) and "The Gulag" where they provide Task Force 141 with deep-dive suits and the use of the SEAL Delivery Vehicle. The SEALs and TF141 work together to rescue the hostages and free the oil rig from the Russian Ultranationalists.

In Call of Duty: Modern Warfare 2, the Navy SEALs is also a playable faction in two multiplayer maps. They are the least used faction in Call of Duty: Modern Warfare 2's multiplayer. The only time the player hears a SEAL yell is when a grenade is nearby. Their character models wear both British and American flags, most likely because some of the SEAL models borrow from Task Force 141 deep-dive uniforms from the single-player campaign.They wear distinctive black scuba drysuits and are easy to spot on both maps. Because of their tactical black gear, single player missions involving in being behind enemy lines, and silent voices, they seem to have a black operations style in Call of Duty: Modern Warfare 2. The announcer for the SEALs is Curtis Jackson, better known as "50 Cent", a popular American rapper/actor who did both multiplayer and singleplayer voice-overs for the game.

Sub Base
Add a photo to this gallery

A US Navy SEAL team assists Derek "Frost" Westbrook and Sandman in taking down a Russian attack submarine in New York Harbor during "Hunter Killer".

Two unused emblems can be found in game files. 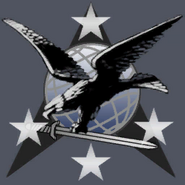 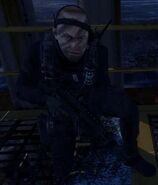 A Navy SEAL in "The Only Easy Day... Was Yesterday".

Sandman (front) and Frost (driver) on a Zodiac that was placed by the SEALS to help in their escape, in Modern Warfare 3. 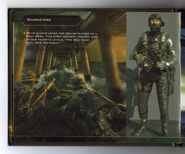 A concept art of the Navy SEALs in the Modern Warfare 2 artbook.

SEALs deploying from MH-6 Little Birds in the Gulag. 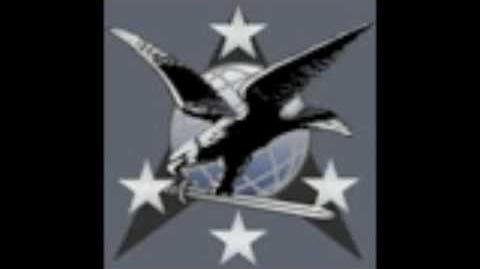 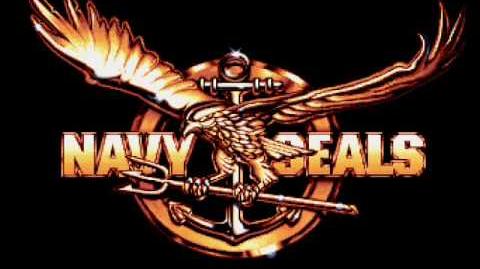 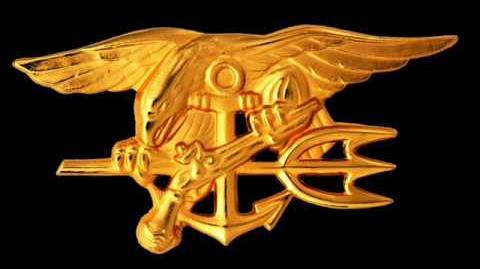