The Unmanned Aerial Vehicle (UAV) Recon will reveal the position of enemies, displaying them as red dots on the minimap for 30 seconds, even when they are not firing their weapon - unless players are using the UAV Jammer, Cold-Blooded, Assassin, or Ghost as perks. The UAV will update enemy positions every three seconds, and will last for 30 seconds. 10 experience points are earned for calling in a UAV Recon in Call of Duty 4: Modern Warfare. In Call of Duty: Modern Warfare 2, players receive 100 experience points for doing so.

radar_mp
Requiring a killstreak of just three, the UAV Recon is easy to acquire, and may be kept until another UAV Recon wears off. Tactical use of UAV Recons are typically reserved for coordinated teams or more serious game modes. In Hardcore game modes, a UAV Recon is required to view the minimap without pausing the game.

UAV Recon is very effective when paired with the Airstrike, allowing the user to select an area where there are more enemies - in order to achieve more kills. This is most effective in Free-for-All.

Enemy players with the UAV Jammer perk will not show up on the player's minimap if a UAV Recon is up, unless they fire an unsilenced weapon.

In Free-for-All, an active UAV Recon will immediately expire once the player who called it in dies.

The UAV itself appears as a Drone in the sky and may be shot down with any weapon, excluding shotguns (save for the Masterkey via a glitch, but it's still almost impossible) Unlike most other killstreak awards, the UAV takes full damage from bullets. A UAV has 700 health, so generally, around a magazine and half of assault rifle ammo will take it down, and less with Stopping Power Pro. Players are awarded 50 XP for shooting it down (500XP in Search and Destroy).

If the player deploys fifty UAVs, they get a moving version of the UAV symbol (a radar dish) as an emblem. This is much easier than it sounds, especially if tried with Hardline, making it only take two kills per UAV, a total of one hundred kills to get the rotating symbol, or one hundred and fifty kills without it.

UAVs are usually passed up for seemingly better killstreak rewards, making their appearance in multiplayer matches much rarer when compared to their equivalents in Call of Duty 4: Modern Warfare or Call of Duty: World at War. However, when playing a team-based match, UAVs become valuable killstreak rewards because they allow both the user and their teammates to see where enemies are.

Despite its all-around usefulness, the UAV is generally more often seen used in the Search and Destroy game mode, where there are less kills available, and there is much more need to find out where enemies are.

In "Mind The Gap", an UAV is briefly used by the SAS at the beginning of the mission.

The UAV returns in Call of Duty: Modern Warfare 3 and functions identically to the UAV in previous installments, however is airborne for only 23 seconds instead of 30. The UAV is earned after 3 points in the Assault Strike Package and after 4 points in the Support Strike Package. Calling in three UAVs from the same team have the same effect of calling in an Advanced UAV as seen and proven in this video .

The UAV displays enemy positions on the minimap each time it sweeps the area, giving users of the same team an update of where oppositions are located. It can provide a general idea of the enemies, allowing alert users to home in on their position quickly. During Hardcore games, it will allow friendlies to view enemies without having to access the pause menu. Two UAVs summoned by the same team will double the scan rate and three UAVs summoned simultaenously will have the same effect as a standalone Advanced UAV.

The UAV has no flares, thus players with Blind Eye Pro can down them fast. Enemies employing Assassin are immune to its scan. It highlights the minimap rather slowly, and displays neither enemy positional nor directional data unless multiples are activated together. UAVs are required to view the minimap on Hardcore games without using the pause menu, and because it cannot kill enemies, it will chain no points together for the next item in an Assault package.

The UAV returns in Call of Duty: Black Ops II and functions similarly to the UAV in previous installments, with one new feature: the player can now earn XP through 'UAV assists', which grants the player who called in the UAV 10 XP per kill by a teammate as long as the UAV is active. It originally required a scorestreak of 350, but with Patch 1.04, the scorestreak is now 425. Like other scorestreak aircraft, it can be shot down with normal weapons, faster with the FMJ attachment.

Level 1
The UAV returns in Call of Duty Online, unchanged from its Modern Warfare 2 counterpart, except in appearance.

It is unlocked by default (level 1) and available for deployment after getting 3 kills without dying. It will fly clockwise above the map for 30 seconds before leaving.

The UAV Recon can easily be shot down by most assault rifles and submachine guns. A single Stinger missile will take it down as well, as it does not have flares.

The UAV Recon as seen through a sniper scope.

A UAV Recon flying above Hardhat.

A UAV Recon flying above Raid.

A UAV Recon and an Attack Helicopter flying above Sub Base.

A UAV Recon flying above Summit.

A UAV Recon about to be shot down by a Stinger missile.

The UAV Recon after being hit by the Stinger missile.

An enemy UAV Recon from above as seen from the Predator Missile camera. 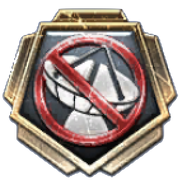 The on-screen icon when a player destroys an enemy UAV Recon.

"Unmanned aerial vehicle that shows enemies on the mini-map."
— Description

The UAV reappears in Call of Duty: Advanced Warfare.

The UAV is awarded at 400 points. Functioning similarly to the UAV in Black Ops II, the player is awarded 10 points through "UAV Assists". The UAV lasts 35 seconds.

The Threat Detection module outlines all enemies not equipped with Low Profile in red on the HUD when the UAV makes its sweep, even through walls. Its functionality is similar to the Oracle pointstreak from Call of Duty: Ghosts, except that the highlights occur much faster.

The UAV also appears in Exo Survival, obtainable from Orbital Care Packages and given to the Light class by default.

It is only useful if there are regular enemies in the current round the player is in, as enemies such asA.S.T.s, Warbirds, and drones are shown on the radar, so it would be a waste of an UAV to use during the time of there only being these types of enemies. It is also better to use at the start of the round, statistically, because of it showing more enemies than it would in the middle of a round.

Close up view of the Threat Detection module's effects.

The UAV appears as a Hero Skill for Yuri. It reveals all hidden enemy elements within the target area, specifically mines. It has a performing range of 10 tiles and a detecting range of 5. The performing and detection range will increase when upgraded.

"Shows enemies on the mini-map."
— Description

The UAV returns in Call of Duty: Black Ops III as a scorestreak. When in use, the player is notified over radio when half its duration is up and when the UAV departs.

The UAV returns in Call of Duty: Infinite Warfare as a scorestreak; it costs 500 points and stays active for 30 seconds.

"Reveal enemy positions through the Fog of War."
— Description

The UAV returns in Call of Duty: Black Ops 4 as a scorestreak.

The UAV returns in Call of Duty: Mobile as a scorestreak.

"UAV recon ship that enables the minimap for all allies, and reveals enemy locations."
— Description

The UAV returns in Call of Duty: Modern Warfare as a killstreak and remains identical to those in previous games.