Locate SSgt. Griggs.
Destroy the power transmission tower.
Plant C4 on the tower legs.
Get to a safe distance.
Regroup with 2nd squad.

"Zakhaev just threatened the world with a nuclear arsenal as revenge for his son's death. But before retaking the launch facility, we have to locate and retrieve SSgt. Griggs."
— Call of Duty: Modern Warfare Remastered level description

"It's quite simple. Either we retake the launch facility or we won't recognize the world tomorrow."
— Captain Price in the mission intro.

"Ultimatum" is the seventeenth campaign mission of Call of Duty 4: Modern Warfare and Call of Duty: Modern Warfare Remastered, where Captain Price and his team have to knock out a Power Station in order to get to the ICBM Launch Facility with the help of Staff Sergeant Griggs, who was captured earlier by Ultranationalist forces. It is the first mission of Act 3.

The team parachutes down to the starting point but realizes that Griggs is missing and has triggered his emergency transponder. The team tracks his signal down to a small village. The team then systematically clears each building; when they finally find and rescue Griggs, the team makes their way to an electric tower, which Soap brings down with C4, disabling the power long enough for another team to infiltrate the nuclear facility.

Captain Price's team then fights their way into a group of buildings, separate, and then, encountering hostiles dropped in by helicopter along the way, meet up with the American sniper team. As they rendezvous, they witness the launching of two missiles from the nuclear facility; Imran Zakhaev's revenge for the death of his son. The missiles head towards the eastern United States - with casualties projected to be approximately 40 million. 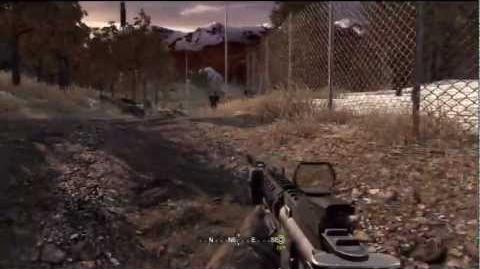 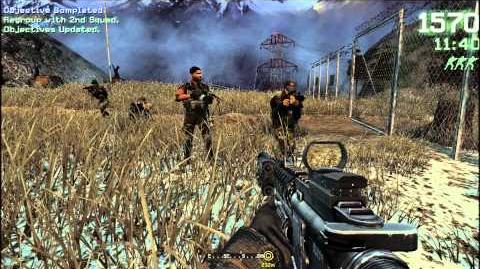 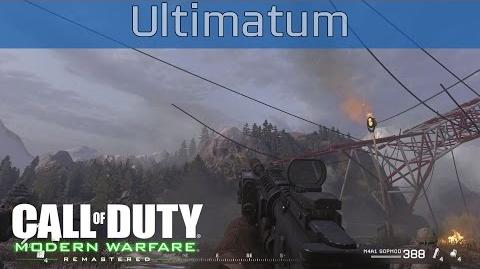 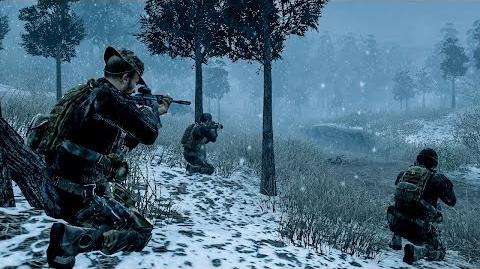 The building where the laptop is found.

Intel No. 1
Add a photo to this gallery

This mission's starting video shows Imran Zakhaev's speech being broadcast. It has become somewhat popular among the community. The whole speech reads:

"Our so-called leaders prostituted us to the West...destroyed our culture...our economies...our honor. Our blood has been spilled on our soil. My blood...on their hands. They are the invaders. All U.S. and British forces will leave Russia immediately...or suffer the consequences."
— Imran Zakhaev

The team moving up to a village looking for Griggs. 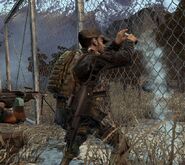 Griggs held in captivity by the Ultranationalists.
Add a photo to this gallery

Retrieved from "https://callofduty.fandom.com/wiki/Ultimatum?oldid=2470225"
Community content is available under CC-BY-SA unless otherwise noted.