Urban is a multiplayer map featured in Call of Duty: Advanced Warfare, that was released in the Havoc downloadable content pack. It takes place at a futuristic urban structure in Dallas, Texas. Urban also appears in Exo Survival.

Urban is a mostly close-quarters map, with the only real opportunity for medium-long range firefights taking place at the sides of the map, when looking across to the other side of the map. The windows of the buildings in the center of the map may also work well as sniping spots, as can the outer areas of the map that go through lockdown (when they aren't in lockdown mode).

A model of the armoured police cars seen on the map 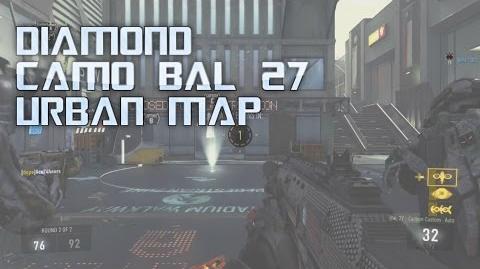