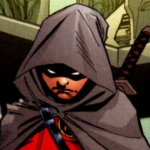 "eeeeeey!"
— Me upon joining the Call of Duty wikia IRC.

I have Call of Duty 2 on my PC and play it occationally. Not very much at all though.

I own Call of Duty 4: Modern Warfare on the PC and go by the name of AlexRider589.

I own Call of Duty: World at War for the PC and play it under the name of Alex_Rider.

I got Black Ops within the first week of release and have beaten the campaign and am a level 50 in multiplayer and have all of the weapons unlocked, the same is not said about the attachments or camos but I could buy any of them except for gold camo. I have the second map pack, Escalation. As for zombies, I have not played Ascension, but I do have the two Black Ops default maps, as well as Call of the Dead.

I am very much looking forward to the release of Call of Duty: Modern Warfare 3 and hope to get it immediately when it comes out.

Captain Rider during his early days in the Studies and Observation Group.

Captain Rider in the Studies and Observation Group.

Just a nifty snow camo gun I made.

I love this picture...

Yes you do Charlie Sheen, yes you do..... /sarcasm

How awesome would that be? I mean seriously.

What if Roach made the jump? It would be one hell of a lot easier.

This makes me LMAO every time.

A soldier will fight long and hard for a bit of colored ribbon. - Napoleon Bonaparte

My Call of Duty movie castsEdit

I have reached round 111 on Nacht der Untoten solo.

I have reached round 20 Verruckt solo.

I have reached round 22 on Shi No Numa solo.

I have reached round 34 on Der Riese solo.

I have reached round 39 on Kino der Toten solo.

Go ahead and put your name here if you wish and link it to your userpage.

Retrieved from "https://callofduty.fandom.com/wiki/User:Alex_Martin_Rider?oldid=2016850"
Community content is available under CC-BY-SA unless otherwise noted.