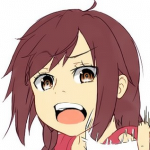 "Oh, fu... shit."
— Some TV salesman, upon breaking a "one-of-a-kind item" on live TV, realizing mid-sentence that he can't drop an f-bomb in front of the audience, and then deciding the best way to resolve the situation is to use a different swear word.

"Not even close, baby!"
— videogamedonek

"What's this liquid? OH NO IT'S ACID!"
— Some redshirt from Earth Defence Force 2017 meets his sticky demise.

"An ingenious solution to a non-existent problem."
— Pretty much sums up the SEK PSDR-3, really.

"Why can't I have everything I want? Isn't that democracy?"
— Jeremy "Jez" Usborne

"Other people think Marvel has the biggest combos, but Clay Fighter - I mean, if you get hit once, the entire match is already over. Of course, it would have never happened like that in Warbutt, but of course in Warbutt the game is real life so if you die in the game you die in real life."
— videogameurkel

"Did I do that?!?"
— Steve Urkel, upon blowing up all of Chicago with an atom bomb and inevitably being responsible for the deaths of millions.

"You're not a bad person, but I'm afraid to say you are a moron. Now pull your socks up and get your shoes on, come on, all of you. And listen - while we're at it, there are systems for a reason in this world. Economic stability, interest rates, growth - it's not all a conspiracy to keep you in little boxes, alright? It's because of the miracle of consumer capitalism that you're not lying in your own shit, dying at 43 with rotten teeth, and a little pill with a chicken on it is not going to change that. Now come on... fuck off."
— Mark Corrigan

"Definitely not street-legal, but when did that stop The Saints?"
— The TAK-10 Streetsweeper's description, Saint's Row 4. Lifted from an Iranian propaganda video.

Yes, it is an underbarreled RPG. Twin barrels, twin magazines, and appeared once in a crappy action flick from the 90's. There's really not a lot that can be said about such a thing. The Soviet Kulakov grenade launcher, dating from around 1944.

Crude in every sense of the word.

Retrieved from "https://callofduty.fandom.com/wiki/User:AugFC?oldid=2020586"
Community content is available under CC-BY-SA unless otherwise noted.