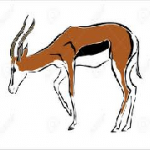 Get your Call of Duty Pants on you entered the lovely page of Darytyg 123123!

Hello there fellow soldier, my name is Darytyg123123 I am a massive call of duty fan, been that way since at least 2013. I am mostly just your typical editor, I do what I can where I can, so don't expect epicness from myself.

I first was introduced to Call of Duty in 2011 when my brother got the PlayStation 3. Then I played Modern Warfare 2, still my favourite game, and the list of games following continued. I eventually got in this order, MW3, BO1, BO2, MW1, WAW, CoD3, CoD Roads to Victory, Ghosts, Advanced Warfare, and BO3. I personally liked all of the games and finished all of them multiple times.

Retrieved from "https://callofduty.fandom.com/wiki/User:Darytyg123123?oldid=2334175"
Community content is available under CC-BY-SA unless otherwise noted.