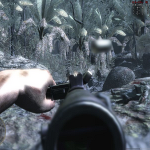 "We are the most powerful history buffs in the history of man. Every date is our date. Because what happened back then, matters in the now. We don't get to sit one out. Learning to use the history books of modern times is the difference between the prospering of our dating system, and utter confusion. I can't give you my only history book. But I can give you the knowledge of where to acquire one. And that, my friends, is worth more than a know-it-all base of 'greymatter' known as Infinity Ward. Sure it matters who's got the thicker history book, but it matters a helluva lot more who's using it. This is the time for history buffs. A time for history. History is written by the buffs. Let's get to work." -Dawth Mawl

Retrieved from "https://callofduty.fandom.com/wiki/User:Dawth_Mawl?oldid=1563772"
Community content is available under CC-BY-SA unless otherwise noted.