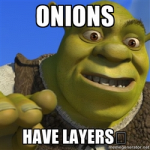 CoD4 and onwards (on console)

Welcome to me homepage! Feel free to have a look around or give me a message.

I make a lot of edits to weapon pages and I am an avid user of Marvel4's spreadsheets.

Here's a list of all gold, diamond, royalty, and black market camos I've obtained from MW3 and onwards. This section can and will be subject to frequent changes. I will also list a lot of weapon variants of mine from Advanced Warfare.

Diamond and Royalty in Advanced WarfareEdit

Good black market camos of mine in Black Ops 3Edit

Sign here, or forever hold your peace. Shoutout to Higaboi21 for giving me the idea!

Retrieved from "https://callofduty.fandom.com/wiki/User:Didikins?oldid=2433835"
Community content is available under CC-BY-SA unless otherwise noted.