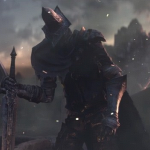 Zombies and Multiplayer of games I can be bothered playing

Hi I'm Ebon Shadowshot. I tend to be a frothing weird thing that spews words onto various blogs on the Wiki. I also edit occasionally.

I tend to play Black Ops III more than others at this point in time, World at War still stands as my favourite Call of Duty game in multiplayer, campaign and Zombies.

Modern Warfare 2, Ghosts and Advanced Warfare didn't get much playing from me, I just don't care for their multiplayer. Advanced Warfare's campaign brought me much joy, though.

World at War: Prestige 10, Rank 65 (Was Prestige 1, Rank 65 for several months prior to unfortunately being modded :S)

Retrieved from "https://callofduty.fandom.com/wiki/User:Ebon_Shadowshot?oldid=2301250"
Community content is available under CC-BY-SA unless otherwise noted.