The Call of duty Universe

The Call of Duty Master Clan

Cpt. Thomas Abrams had a son named Jack, this is Jack's story:

Jack grew up on an army base, His father was in charge of training soldiers at the base. Now they say every family has a bad egg, the Abrams family's bad egg was named Ryan. Ryan was Thomas's brother, he was so anti war he joined a "freedom fighter" group that took action against military installments. Now one day when little Jack was 16 he was playing catch in his back yard with his daddy when an explosion shook the base, there were loud siren's everywhere. Hearing gun shots Thomas grabbed his son and ran inside just as a few shots ripped into the door frame. Thomas with his son in his by his side ran upstairs and locked the door. But locks don't stop bullets. Hearing their attackers approaching Thomas reached for the two SCAR-H's he keeps in the attic. He tossed one to Jack, and then handed him and extra mag.

Thomas saw a glimmer of exposed flesh, "texan", he called the warning, the answer was shots. Thomas took aim at a spot of flesh he saw and fired. "Dad I can see more guys coming in the back door I'll take them through the window and you ake the guys coming up the staris." After a few more minitues they both were out of ammo, so Thomas drew his pistol. but more attackers were coming.

I wish I had something more than a pistol, but I must defend my son, Thomas thought. The Thomas heard the click the signaled that his pistol mag was empty. Then the door was knocked down, and standing there was Ryan. "Ryan thank god your here, we have got to get out of here, help me get Jack", "Im sorry brother but by being here you are my enemy" Ryan said as he raised his gun. "RYAN please no not now not in front of Jack". "No brother" and without a care in the world Ryan shot his brother. Now little Jack was watching the whole event with a look of horror in his eyes, and as he watched his dad fall Jack had one thought, to kill his uncle. When Thomas fell Jack grabbed his fathers pistol and raised it to Ryan's eye level, "die Cain you bastard".

A shorter broad man is sitting on a ledge smoking while a taller man is checking a sniper rifle. “Cain, calm the fu** down, your making me nervous. How hav ya liked your first year in the Force. Here have a smoke”, the shorter man said as he offered a cigarette with a red band around the end. “Good and, No thanks Duke”. “Fine suit yourself”. The taller man took the cigarette out of his mouth and crushed it with the heel of his boot, he then pulled an G36C out of a bag next to him, he attached a scope and clicked in a mag. “ Cain you sure you don’t want an G36C they are damn more reliable than that Scar your carrying”. “I’m sure Duke lets get moving”. “Ok Cain lets go, you got you’re sniper?” “Yes Duke, let’s go”. “Ok.”

The two men walked to the edge of the cave and attached hooks to the edge of the and slowly rappelled down the moutin the pair then un hooked and slowly advanced down the road, Cain looked constantly on edge where Duke is relaxed and looking around casually. A light flashes on Duke’s wrist. “Cain we’ve got five tango’s down this next turn, I’ve got the three up front you take that M14 and pick off the two sentries on the ridge”. “Gotcha Duke.” “3..2..1..NOW”. Immediately Cain drops to one knee and picks off two sentries on the ridge while Duke throws a knife into one sentry and shoots the other two. “Nice shooting Cain, grab one of their radios so we can listen to them”. Cain quickly grabs a headset off of one of the men and plugs it into his own ear pike. “Duke where exactly are we going.” “There’s a SAM missile site down on that ridge and we’ve got to take it out so our men can move in.” The pair continues to advance until they reach a ledge. They both peer over the edge and they see a large steel hanger door in the distance, there are at least 25 men guarding it. “Ok Cain if everything goes according to plan the next time I’ll see you is in a C-130. You’re gonna get down here and give me sniper support while I rappel down and plant C4 on that door, once its down switch to thermal and cover me ill bust in and blow those SAM sites got it?” “Yes I’ve got it.” “But Cain if something goes wrong ill wave this red flare and you rappel down and save me ok?” “OK Duke just go.” Duke pulled out a cigarette and lit it; he then attached a length of rope to a hook that he planted on the mountain, while Cain got down and pulled out his sniper rifle. “All set Cain” “All set Duke”. “Ok then ill call it in, Hotel this is Bravo team SAM’s will be down in 4 minitues requesting back up ETA 5 minitues.” “Bravo this is Hotel backup ETA 5 minitues.” Duke rappelled down the side of the mountine as Cain locked his crosshairs on the first sentry, he waited until Duke was on the ground and then he fired, the man’s head blew off. Duke began to sneak around the base of the mountain until he was behind a man, he then grabbed him by the neck and stabbed him, while Cain took out six more men. By this time the enemies had time to regroup and were opining fire on Duke who rolled and took cover behind a rock. “Cain I could use some cover” “Ok Duke” Cain then lined up a fule tank in his scopes and fired causing an explosion that killed seven men. “Hows that Duke.” “Damn good Cain.” Duke then sprung up and opened fire killing nine men. “All clear Duke breach now.”

Duke walked over to the door lit another cigarette and planted C4 on the door and counted "1...2...3" and the door blew open. When the door opened six SAM missile sites were sitting there each with three men, a gunner and two guards. Duke rolled to the side and opened fire killing a guard, but two men kept him pinned with a steady stream of fire. “I SHURE COULD USE SOME HELP CAIN” Duke shouted over the mike “Gotcha Duke.” Cain then lined up three more shots “Nine men left Duke.” “Make that seven” Duke replied as he shot two men. “COVER ME CAIN” Duke shouted as he pulled out a grenade launcher and took out all six SAM sites. Duke then switched back to his G36C and shot three men. As he turned to take out two more men one of the injured men pulled out a pistol and managed to shoot Duke in the side before Duke could shoot back. “I need help Cain.” Duke tired to call across the radio but the shot killed his power box, then Duke pulled a red flare and set it off. Cain seeing the flare shot two more men before switching to his SCAR hand rappelling down. Cain sprinted forward towards Duke killing all but one man, who was charging towards Duke with a knife. “CAIN GET HIM” Duke screamed, Cain turned and raised his gun but it jammed as he went to fire and the man stabbed Duke Cain pulled out his dad’s M1911 and shot the man and ran over to Duke to find him horridly wounded. “Cain” Duke gowned “That’s the problem with those fu**ing SCAR’s they jam to much.” “Duke” Cain sobbed, “Hey Cain my time was up but mabey we’ll get one last smoke” Duke said as he pulled out two Cigarettes. “Ok Duke.”

“So how’s that for a story Zulu.” “Pretty good, so Duke died?” “Yup he was a damn good man at that to. I was at his funeral too, danm he didn’t deserve to die. He was engaged to. When I brought the body back his fiancé was hysterical, but she was laugher when I told her about his last smoke. She said he would’ve wanted to die smoking.” “Hey Cain what do you say we smoke to Duke up there in heaven.” “Sounds good to me.

Other users thoughts of me

All flaming comments will be removed unless it is constructive. 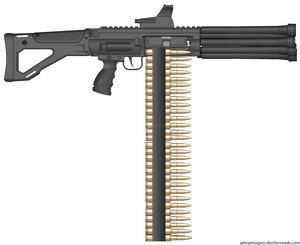 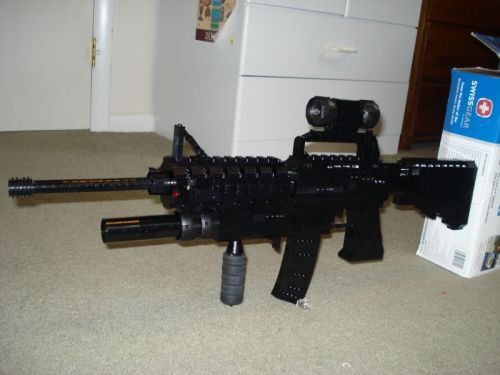 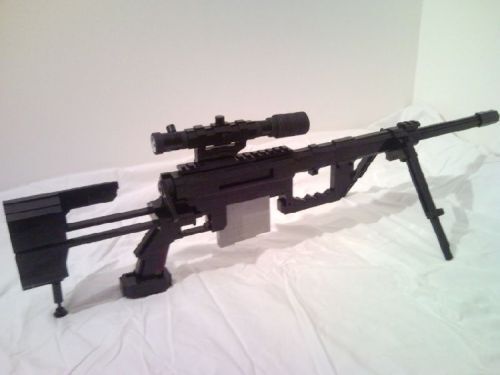