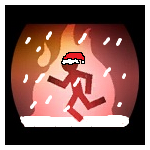 Ice Water Fearlessly Trained Walruses is a user, appearing on the Call of Duty Wiki.

I am Ice Water Fearlessly Trained Walruses, and I am a user on this wiki. I like to do stuff, like playing video games. I'm also in a band. I think that both of the main developers of CoD are good at what they do, but I prefer Infinity Ward's games. This user keeps getting better and better :D.

I'll make a list, just to make the page bigger :D. Games are in no particular order, except for thought.

*This user listens to Jhonathan Coultan's "Want You Gone" (the song at the end of Portal 2) for hours on end.

The cupcakes that me and Todster made one day. We are so evil, I know.

I made this for Pat after observing his reactions to people bringing up clopping. I used Comic Sans MS, too (just for lulz :3) 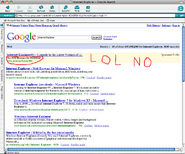 A funny thing I found on the internet. Oh, the irony. The funny part is that I took this on IE 4.0 on my Mac.
Add a photo to this gallery
Retrieved from "https://callofduty.fandom.com/wiki/User:Ice_Water_Fearlessly_Trained_Walruses?oldid=1905590"
Community content is available under CC-BY-SA unless otherwise noted.