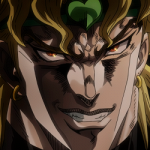 aka Does it matter?

About me in Call of Duty Black Ops Edit

If I want to play multiplayer, I would normally do so on Combat Training only. When it comes to zombies, however, headshots are my main priority to kill zombies, particularly with assault rifles such as the Galil and Commando, and light machine guns such as AUG, HK21 and RPK. Moon would be considered as my favorite zombie map, as well as Kino Der Toten, but one thing with Moon is that the Astronaut Zombie, whenever it appears in front of me out of seemingly nowhere, usually results in getting a jump-scare whenever I see him appear suddenly. I also play Call of the Dead, but for some odd reason, the map is seemingly difficult to achieve an easter egg/trophy/achievement because most players will not cooperate in performing the easter egg.

About me in Call of Duty: Black Ops II Edit

Originally, I used to join up a clan, but being a lone wolf, I would rather take on players on my own, with or without my teammates (mainly from Party Games and Free-for-All or team-based game modes). One of the notable things that I literally hate are players that set the sensitivity way too high, or even camp around or worse, cheat. Despite all of this, I'm still pretty good with multiplayer (as long as the game won't force me to play against other players from where I live and not play against players globally). I'm also good with zombies except Die Rise since it's very difficult to line up zombies and run around due to it being very tight and narrow, making well-placed shots very difficult and that they die if I jump onto another building and a crawler zombie dies randomly if I go too far away. I'm willing to help out with both TranZit and Die Rise easter eggs (although I've yet to get both Mob of the Dead and the upcoming Buried) if they would let me know.

Retrieved from "https://callofduty.fandom.com/wiki/User:JonTheVGNerd?oldid=2397533"
Community content is available under CC-BY-SA unless otherwise noted.