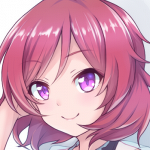 I became active in early 2011, originally known as MLGisNot4Me — or MLG for short — and became an admin in May 2012. I have learned a lot of things (to list a few: better English as a young foreigner, writing skills, being an administrator, objectivity, civility, and the importance of reaching a community consensus) and made some friends along the way. I'm grateful for the times I've had here.

I quit in May 2019. I grow more tired of Activision's anti-consumer practices and find myself less and less interested in the newer titles. As of now, I have not quit Call of Duty altogether, as I play the games I still have from time to time, but I am not very enthusiastic about them anymore. In addition, I disagree with Wikia/FANDOM's developments over the recent years, which has led me to think of them as a typical for-profit corporation with little genuine interest in the community that allows them to be where they are, at least in the minds of the higher-ups who call the shots. These two factors combined, as well the current community hardly being the same as it used to be, leave me little interest in being an active editor.

Retrieved from "https://callofduty.fandom.com/wiki/User:Laagone?oldid=2474000"
Community content is available under CC-BY-SA unless otherwise noted.