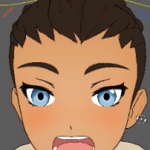 The League of Gentlemen, 100+ Wives

Whatever i have at my disposal

Whatever i have at my disposal (Mostly NON OP Stuff)

Sign my page (if you want, that isn't an order)

Talk About being Overzealous with Userboxes huh...

Diamond EVERYTHING in Black Ops 2

Gold EVERYTHING in Ghosts

You get the idea

Venting hate about things that i know people don't care about...see above...Sometimes i don't even know why i play CoD, but i can't play Battlefield, so it fills the gap :P

What i approve of: ʘ‿ʘ

Having more wives than Nikolai Belinski

Retrieved from "https://callofduty.fandom.com/wiki/User:LazarouDave?oldid=2132464"
Community content is available under CC-BY-SA unless otherwise noted.