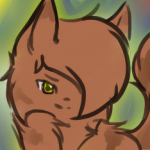 Your mother never loved you. :(

My name is Tristan, and I guess right now that I'm new here, and so I really don't know how to work things very well. Sorry if I do mess up occasionally, I don't mean to. Right now I'm building on small edits while trying to learn new things. So for a while, I won't be editng major things, just correcting incorrect information and reverting vandalism here and there. I do hope one day to become very useful to the wiki, until then, we shall wait. C|

I usually have a great sense of humor, it is very difficult to offend me. I also have a sarcastic kind of humor, and I can be an ass sometimes if you ask quiestions. I sometimes give snotty answers, but usually am helpful if one cannot find information easily.

My Opinions On the GamesEdit

I can say that this is my favorite Call of Duty to date. I love comng back to it occasionally and kicking ass with my friends. My older brother introduced it to me back in 2008 and since then I have loved it. The characters, the storyline, multiplayer. All of it. I find myself running to it then most of the new games. I really can't explain it much more than that.

I loved this game as well. I think that I got bored of it too soon though, at the time I wasn't very interested in World War II. Don't worry, I'm less ignorant about it and actually study about it a lot. Anyway, I did like the characters, storyline, and such. I do think it's bullshit though that just because I haven't bought all of the DLCs for multiplayer I can't play it. Seriously, I can't even play on Xbox Live because of it. But I do love going on the Nazi Zombies maps. I just enjoy it so much.

What can I say? Despite all of the comments from people, I really do like this game. Although it does have it's problems *cough*commando*cough* I really do like it. The community kind of ruined it. I'm not saying everybody who plays it is bad, but just the campers, quickscopers, etc. All kind of ruined it's name. I do sometimes get frustrated with it, but still, I love playing it.

Shit. Shit. Shit. I hate this game with a burning passion of a thousand suns. I hate Treyarch for producing this game. I would not have played it ever if my brother had not coaxed me into buying it when I would've bought Modern Warfare 2. I regret ever listening to him. It's all bullshit. All of it. The lag bothers me the most, and I find myself throwing my Xbox controller across the room out of anger for the shit service I get. I only get on there to make people angry and play Nazi Zombies.

I love this game. Infinity Ward has always provided what I wanted, and they have shown that they actually care with this game. I got it on the day it came out, and I have not experienced one case of lag, the guns all click for me. The plot was very dramatic, epic, and saddening all the same. It is as entertaining as the first Modern Warfare. But I don't play it very often, I think the multiplayer is a bit boring for once. Oh well, it's a great game.

Shi No Numa: I have yet to play this map.

Call of the Dead: I have yet to play this map.

Moon: I have yet to play this map.

Retrieved from "https://callofduty.fandom.com/wiki/User:LisaMini3?oldid=1469784"
Community content is available under CC-BY-SA unless otherwise noted.