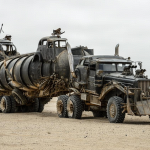 Hey, thanks for visiting my user page. I haven't updated it in a while so now I have a chance to.

My username is Metlman13 as 13 was my age when I created this account nearly 6 years ago, but everyone around here usually prefers Metl or Melt or Methman. I've been playing Call of Duty since World at War was big in 2009, and I've watched the series rise and fall over the years since. Nowadays I don't play it much, but I still look from time to time to see which direction the series is heading in.

The truth is you probably won't catch me around here much these days, I'm not as invested in the games or the community as I was years before. My interest sort of waned in the series after Ghosts released, and I never played much of the games themselves after MW3. I used to post on here alot, but I haven't been a regular user in some time, and it appears the site has lost alot of the traffic it used to hold.

My interests these days tend more towards Science Fiction and Future Studies, I like to read about new technological advancements and discoveries and think about what their potential impact might be.

Update: For now, I am inactive. I don't know how long I will be gone for, but at this point I have lost interest in the series and to be frank, there isn't much of a community here any more to stick around for. I really don't even use wikia anymore, and haven't for at least 2 years. If you need to contact me, you can also find me on reddit, I'm on there almost daily so I should be able to respond faster.

Retrieved from "https://callofduty.fandom.com/wiki/User:Metlman13?oldid=2348086"
Community content is available under CC-BY-SA unless otherwise noted.